The Catholic Bishops' National Episcopal Conference of the Congo (CENCO) did not name the winner, but said in a statement Thursday that "data in its possession, extracted from vote counting reports from polling stations, designates the selection of one candidate as president."CENCO said it had sent observers to polling stations and demanded that the country's National Independent Electoral Commission (CENI) to publish the result of Sunday's vote, which has been delayed from 2016, in the "respect of truth and justice."The US State Department also called on the commission to release accurate results from the election in a statement Thursday."We strongly urge the CENI to ensure that votes are counted in a transparent and open manner, with observers present, and that the results reported by CENI are accurate and correspond to results announced at each of DRC's 75,000 polling stations," it read.Tensions continue to mount in DR Congo, formerly Zaire, as it looks to replace Kabila, who has ruled the country for nearly 18 years.The vote, already delayed for two years, was first slated for December 23 but then delayed by a week.CENI also postponed voting in three cities until March, citing an Ebola outbreak and potential militia violence, sparking protests in those areas.The decision canceled more than a million Congolese votes from the opposition strongholds. 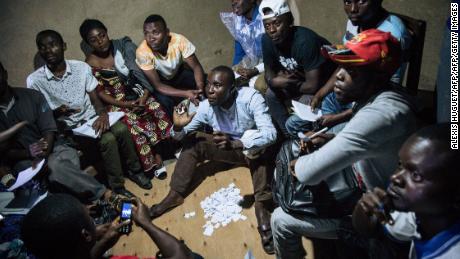 Twenty-one candidates including Kabila's former interior minister, Emmanuel Ramazani Shadary, entered the presidential race. Of the opposition candidates, only two are considered to have a serious chance of beating Shadary: former ExxonMobil manager Martin Fayulu and Felix Tshisekedi, president of the largest opposition party.Voters told CNN they encountered some logistical problems in some polling stations. They said they had lined up for hours to cast their ballots but were forced to wait until late evening because some of the voting machines had broken down.Opposition leader Fayulu claimed that electronic voting machines malfunctioned at some polling stations, triggering widespread delays to his supporters. 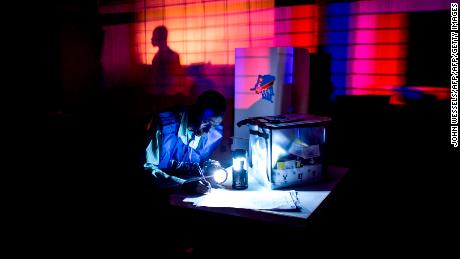 The Congolese government said it shut down the internet this week to avoid the circulation of "fictitious results" on social media.CENI said Thursday that the results, meant to mark the country's first democratic transfer of power, could be delayed past a deadline set for Sunday, because counting centers have received only 20% of the local voting tallies."As the Congolese people, the region, and the world await patiently for the results of these elections, the internet must be restored and the media allowed to report freely," the US State Department said.The State Department called on individuals and political leaders to restrain from violence and "do the right thing." "Those who undermine the democratic process, threaten the peace, security or stability of the DRC, or benefit from corruption may find themselves not welcome in the United States and cut off from the US financial system," it added.

More than 60,000 are dead from Covid-19. You shared these stories about how they lived

Ajax held away to PAOK in Champions League qualifying