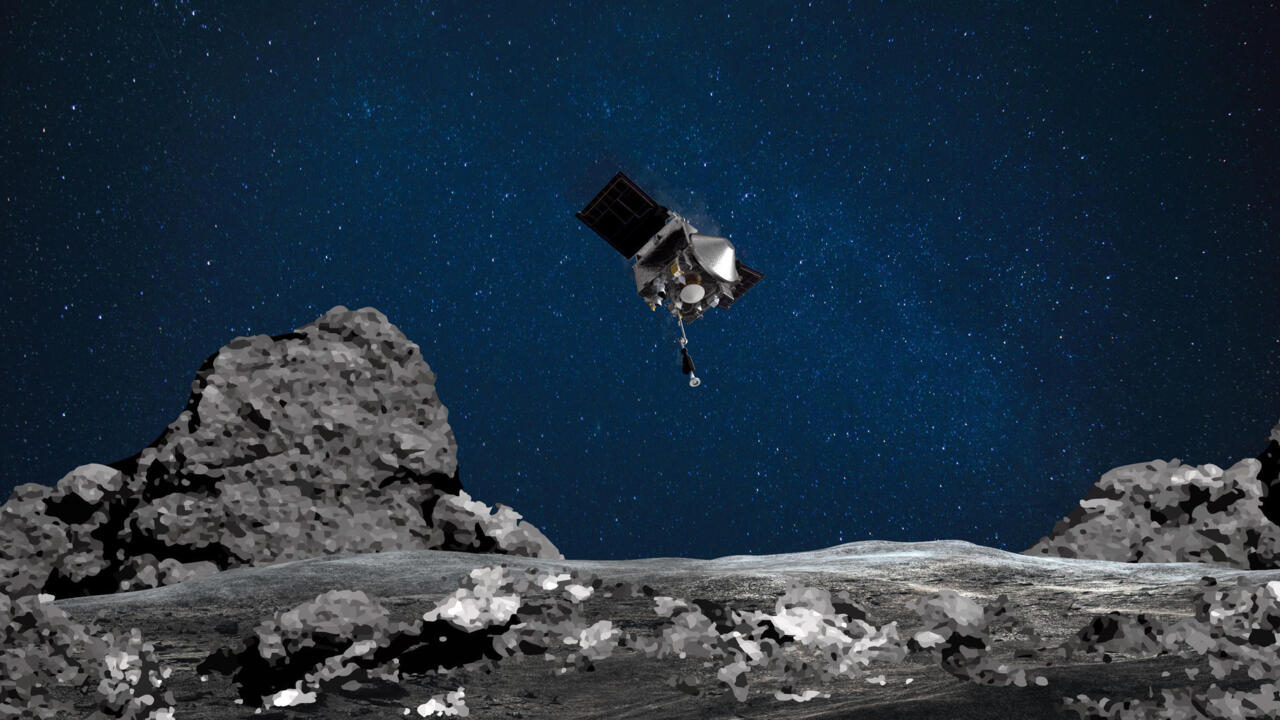 A NASA spacecraft touched down on the rugged surface of the Bennu asteroid on Tuesday, grabbing a sample of rocks dating back to the birth of our solar system to bring home.

The minivan-sized OSIRIS-REx spacecraft, built by Lockheed Martin, extended its 11-foot (3.35 m) robotic arm toward a flat patch of gravel near Bennu’s north pole and plucked the sample of rocks, the space agency's first handful of pristine asteroid rocks.

"Sample collection is complete, and the back-away burn has executed," Lockheed mission operator Estelle Church added seconds later, confirming the spacecraft eased away from the space rock after making contact.

The probe will send back images of the sample collection on Wednesday and throughout the week so scientists can examine how much material was retrieved and determine whether the probe will need to make another collection attempt.

If a successful collection is confirmed, the spacecraft will journey back toward Earth, arriving in 2023. Japan is the only other country to have already accomplished this.

Bennu, located over 100 million miles from Earth and whose acorn-shaped body formed in the early days of our solar system, could hold clues to the origins of life on Earth, scientists say. "Everything went just exactly perfect," Dante Lauretta, OSIRIS-REx principal investigator from the University of Arizona, Tucson, said on a NASA live feed from Lockheed's mission support building. "We have overcome the amazing challenges that this asteroid has thrown at us, and the spacecraft appears to have operated flawlessly."

The robotic arm's collection device, shaped like an oversised shower head, is designed to release a pressurised gas to kick up debris.

The spacecraft launched in 2016 from Kennedy Space Center for the journey to Bennu. It has beRead More – Source

The Hummer is making a comeback — and this time, it’s all-electric

Principle of self-determination continues to be deliberately misused by particular delegation: India slams Pak at UN

Principle of self-determination continues to be deliberately misused by particular delegation: India slams Pak at UN

‘I did it my way’: coach Corica confident of A-League title defence

US Open champ Stephens leads US in Fed Cup final vs. Belarus