Michigan's partners include Ford and Sidewalk Infrastructure Partners, a company that Alphabet has invested in. Alphabet owns Google (GOOG) and Waymo, one of the companies at the forefront of developing self-driving vehicles.Both Interstate 94 and Michigan Avenue between Detroit and Ann Arbor, Michigan, would be retrofitted to include a dedicated lane for self-driving vehicles. Sensors and cameras added to the roads would help the vehicles better understand their surroundings. Physical barriers may be added as well, which would make it easier for the vehicles to drive safely, as the location of pedestrians and cyclists could be restricted. Sidewalk Infrastructure Partners has created a subsidiary, Cavnue, which Michigan selected to lead the project. Automakers Ford, GM (GM), BMW, Honda and Toyota will advise Cavnue.The leaders of the Michigan project haven't concluded exactly which infrastructure changes will be made, saying that testing is needed first to determine the details. Jonathan Winer, co-founder of Sidewalk Infrastructure Partners, told CNN Business that cameras and LIDAR, a popular sensor on autonomous vehicles, could be used.The project's exact route also hasn't been determined yet. Sidewalk Infrastructure Partners would pay the still-to-be-determined initial costs to install the new infrastructure, and Michigan is open to the possibility of paying for maintenance costs if the project moves forward."We believe this is a transformative project for Michigan, and globally," Michigan chief mobility officer Trevor Pawl told CNN Business. "Mobility is foundational to our city's history and critical to our future." He noted there have been almost 10,000 fatal car crashes in Michigan in the last decade, adding that he expected self-driving vehicles to improve safety.Hype surrounding self-driving cars has lessened in recent years as companies realize how challenging it is to make a car that can drive safely. Making left turns or gauging the intent of a pedestrian can be difficult. Some companies, including Ford, have pushed back deadlines for deploying the vehicles.The self-driving industry and governments have shown increased willingness to change city infrastructure to make it easier to deploy the cars quickly. In Las Vegas, traffic lights have been retrofitted to alert the self-driving cars that Aptiv and Lyft are testing when they change colors so the vehicles can more easily navigate intersections. Winer said it was unclear how much it would cost to retrofit roads for self-driving vehicles, but he said his best guess is $10 million a mile. It could be significantly more or less, he said. Whether roads could be retrofitted at a cost-effective level is critical to the project being implemented. Following two years of tests, the sides will determine whether to move forward with building the 40 miles. Winer said his company is also considering similar projects nationwide.Pawl said Michigan was open to paying costs to maintain any new infrastructure, and would look for federal funds to do so. 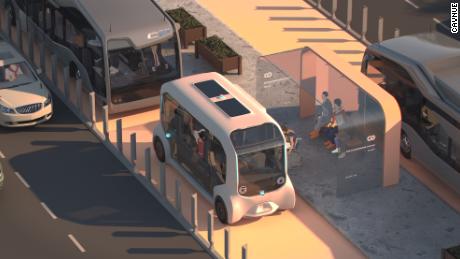 In the next six months, self-driving vehicles will be tested between Detroit and Ann Arboron the existing roads.In the nRead More – Source

NCAA president says no fall championships this year, except FBS football — for now

NCAA president says no fall championships this year, except FBS football — for now