The SUV carrying the Hart family would drive off a 100-foot Pacific coast cliff on that day in March last year — a tragedy police say took all eight lives and sparked questions about abuse and homicide. As the car was in motion, Sarah was busy with the searches:"How easily can I overdose on over the counter medications?""Can 500mg of Benadryl kill a 125lb woman?""How long does it take to die from hypothermia while drowning in a car?"One of her last searches was for a no-kill dog shelter.

They intended to kill their 6 children, jury finds

The horrifying details emerged Thursday after a coroner's jury unanimously ruled that Jennifer and Sarah Hart intended to die along with their six adopted children: Markis, 19, Jeremiah and Abigail, both 14, Devonte, 15, Hannah, 16, and Ciera, 12.At first, it seemed unfathomable the parents would drive their children from their home in Woodland, Washington, to their deaths in Mendocino County, California. Their social media pages included photos of beaming children holding "love is always beautiful" signs. In some photos, they had on matching T-shirts and wide grins. As the national spotlight on the story grew, more details emerged that the children desperately sought help from neighbors. Allegations surfaced that their parents abused and starved the six adopted children.

Driver got intoxicated to build her courage

The coroner's inquest gave more insight into what led Jennifer and Sarah to end the lives of all eight Harts. 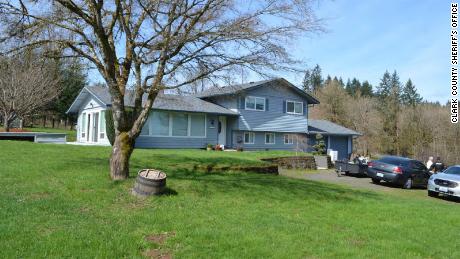 When authorities entered the Hart home, it seemed neat, orderly and newly remodeled, said investigator Jake Slates from the California Highway Patrol. But while Jennifer and Sarah's were decorated, Slates said, the children's rooms were bare.Investigators noted that their luggage was left behind, and the family did not take their toothbrushes before leaving for two days. "In my opinion, Sarah and Jennifer succumbed to a lot of pressure," said Lt. Shannon Barney of the Mendocino County Sheriff's Office. "They got to the point where they made a conscious decision to end their lives and take their children with them."As Jennifer drove down the US 101 highway, she had five beers in her system, enough to make it difficult for her to function, according to Slates. Witnesses told police that Jennifer rarely drank. The theory is that she drank to build up her courage, Slates said."My feeling is based on talking to witnesses that they felt if they couldn't have those kids, no one was going to have those kids," Slates said.

Kids sought help in the middle of the night

Days before the family died in the crash, Child Protective Services in Washington requested a welfare check on the family. But no one answered the door on March 26; the family was already gone. 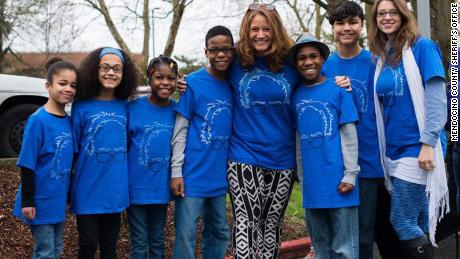 Calls to the police began just two years after the Harts became parents, while they were living in Minnesota. They were first called in 2008 when one child told an adult that Jennifer struck the child in the arm, but the state closed the case claiming the child fell. After another call in 2011, Sarah Hart pleaded guilty to domestic assault after admitting to police she bruised her child by spanking her over the edge of a bathtub. After the family moved to Woodland, Washington, the children started going to their neighbor, Bruce DeKalb, for help and food in the middle of the night.According to a case report, the children also complained of racist behavior.Witnesses told California Highway Patrol that the children were "extremely disciplined, almost to the point of being robotic," walking single-file to the bedroom and being told when to go Read More – Source

Nipsey Hussle slaying: From police and lawmakers to street gangs, tributes continue to pour in

Nipsey Hussle slaying: From police and lawmakers to street gangs, tributes continue to pour in