It is the second criminal case to be filed by the military junta against 40-year-old Thanathorn Juangroongruangkit since he formed the youth-backed Future Forward Party (FFP) last year."The regime creates fear for the society to silence us," Thanathorn said in a statement after appearing at a police station in the capital Bangkok. "I urge all Thais and the international community to call for civil rights to stand for human rights for the betterment of our society."The case, which dates back to 2015, reared its head after the FFP shot up in the polls, riding the wave of an almost cult following among Thailand's younger generation. 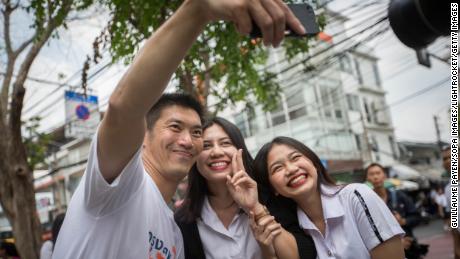 It is still unclear which party will be able to build a coalition government in the wake of the election, Thailand's first since the 2014 army coup. Future Forward, which looks set to become the country's third largest party, has joined the pro-democracy alliance that will aim to unseat coup leader turned Prime Minister Prayut Chan-o-cha.Thanathorn said the timing of the complaint, just one week after elections, could not have been coincidental."We're convinced that this case is politically motivated," Thanathorn said.The Royal Thai Police say Thanathorn allegedly attended a demonstration against the military coup in 2015, while he was still working for his family's auto parts manufacturing company, and helped one of the protest leaders, who violated a ban on gatherings of more than five people.Thanathorn's discussion with the Deputy Police Commissioner of Thailand was observed by embassy representatives from the United States, the European Union, the United Kingdom and other countries. 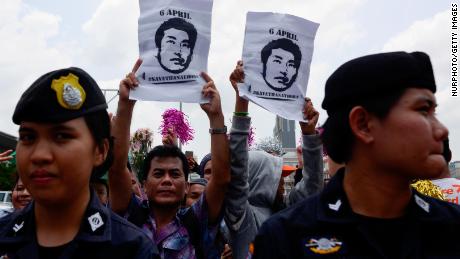 As he left the police station in Bangkok on Saturday, Thanathorn was greeted by a swarm of supporters, who handed him a necklace of orange flowers — the party's color — and waved signs emblazoned with the message: "#SaveThanathorn." FFP became immensely popular with many of the country's 7 million first-time voters through its comparatively progressive policies and savvy social media campaigning.Presenting itself as one of the anti-junta parties, FFP's policies include changing the military-drafted constitution, cutting the defense budget, increasing government transparency, and strengthening democratic institutions.It also seeks to bridge the divide in Thailand's heavily polarized political landscape, which has historically pitted the royalist, pro-establishment Democrats against those loyal to exiled former prime minister Thaksin Shinawatra — often culminating in deadly street protests.

Hes gonna be a superstar: 19yo Juve striker Kean nets for 5th straight game in win over AC Milan