China surveillance of journalists to use ‘traffic-light’ system

Russia's report said that the number of North Korean workers with valid work permits decreased from 30,023 to 11,490 persons.In its report, China, the strongest ally of North Korea, said more of half of its income-earning North Korean nationals had been repatriated. A UN diplomat confirmed to CNN that one-page reports from Beijing and Moscow were sent to the committee on sanctions, as required by a December 2017 Council resolution demanding repatriation of all North Korean workers by the end of this year. Reuters first reported this story. CNN could not immediately confirm the figures given and China has previously been accused of trying to find ways around North Korea sanctions.China's report also noted that it does not wish for the submission to be made public.The US has pushed in recent years for sanctions on North Korea to be strengthened. On Thursday, the US sanctioned two Chinese shipping firms accused of helping North Korea evade restrictions, although a tweet by US President Donald Trump later cast confusion around the measures."Everyone should take notice and review their own activities to ensure they are not involved in North Korea's sanctions evasion," US national security adviser John Bolton said on his Twitter at the time. 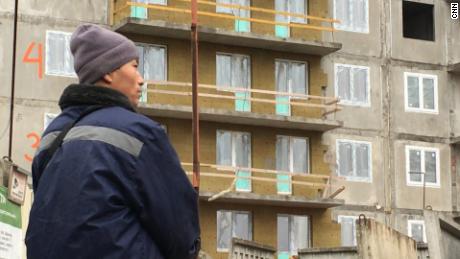 The United States believes that North Korea has some 100,000 workers abroad, with the majority in China and Russia. North Korean workers overseas are seen as a source of funding for the country's nuclear and missile program, so repatriating them cuts off a vital lifeline for the regime. The US State Department previously describeRead More – Source

7 takeaways on the EUs Huawei plan

7 takeaways on the EUs Huawei plan

Schäuble tells German MPs not to tweet in Bundestag