What: MAGNA LatAm has released its ad spending forecasts for 2019 in the different Latin American markets.
Why it matters: MAGNA's predictions show an overall optimism that has to do with the new stability of economies, the presidential elections in five countries, and the 2018 FIFA World Cup. However, political uncertainty could bring unpredictable effects in 2019.

According to a recent statement, media forecaster MAGNA () has predicted advertising revenue to grow in Latin America by 7.6% in 2019, reaching US $28.5 billion. If true, this would mean a 9.6% deceleration. In 2018, regional markets benefited greatly from economic stabilization and short-term cyclic drivers such as elections and FIFA's soccer World Cup (), which was the most connected sports tournament ever, and had direct attention from the seven classified Latin American countries.

Digital is expected to become the most important media format by 2023, but even then it will account for a mere 50% of all ad spending.

In the words of Karla Natareno, Regional Head Latin America, MAGNA, "In 2018, ad spending in Latin America was boosted by the stabilization of the economy, presidential elections in five countries, and the 2018 FIFA World Cup. In 2019, however, the high level of political and economic uncertainty, as well of the lack of global sports events, will take its toll."

The landscape seems a bit uncertain, as the great political changes in five regions could have a negative effect on commercial trust and marketing spend. A 7.6% growth will not have enough impact once we take into account economic inflation, stated MAGNA. Hopefully, the Copa América () in Brazil (will make up for the lack of a World Cup to a certain extent.

Television Prevails, Digital Might Catch Up in a Few Years 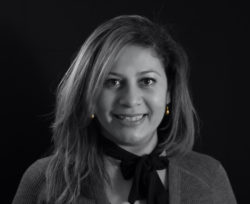 Television is still the most important media category in Latin America, and it is expected to account for 51% of all ad spending in 2019, way above the global 31% average. Television is expected to stay in its leading position until 2023, when Digital will become the main media format in the region. In certain markets, such as Argentina and Brazil, Digital is already surpassing TV by a small margin, but in others, such as Mexico, TV is definitely above all other formats.

Digital advertising will grow by 19% in 2019. However, in spite of its solid two-digit growth, and even though it now accounts for 34% of all ad investment in Latin America, it's way below the global 49% average. This is not only due to the fact that TV prevails over digital, but also to the importance of print and radio. Digital is expected to become the most important media format by 2023, but even then it will account for a mere 50% of all ad spending.

5 people putting pesticides on the agenda