Vichai Srivaddhanaprabha, owner of the King Power chain of duty-free shops who bought Leicester City eight years ago, was flying out of the club's stadium when his helicopter crashed in a nearby parking lot. Born Vichai Raksriaksorn, the name Srivaddhanaprabha, meaning "the light of auspicious prosperity," was bestowed upon him in 2013 by then-King Bhumibol Adulyadej of Thailand for his service to the Thai people.

Srivaddhanaprabha started King Power in 1989 with a duty-free shop in downtown Bangkok. The chain of duty-free stores has grown to become Thailand's largest.Srivaddhanaprabha is listed at No. 388 on the Forbes' billionaire list, with a net worth of $4.9 billion.A keen sportsman, in addition to his ownership of Leicester City, Srivaddhanaprabha also founded the Thailand Polo Association in 1998, and was the owner of the VR Polo Club in Bangkok. He also owns Belgian football club OH Leuven, whose coach is Nigel Pearson, a former Leicester manager. 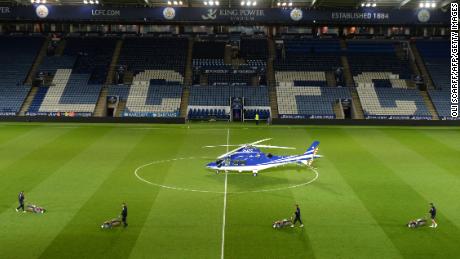 Srivaddhanaprabha, originally a shirt sponsor of Leicester City, bought the club in 2010 and, in addition to ownership, became its chairman the following year. His son, known as Top, is a vice chairman. The family is sole owner of the club.During his tenure as owner, the club rose from the second-tier Championship to the Premier League. Leicester City FC went on a remarkable run during the 2015-16 season and was dubbed the "Cinderella Team" of the Premier League when it beat tremendous odds to win the title, the club's first in its 132-year history. 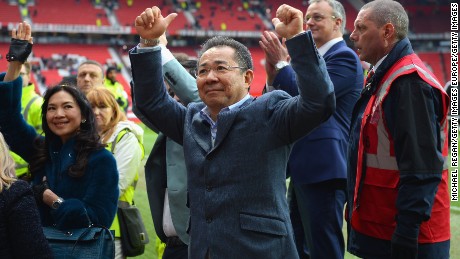 In April 2016, CNN spoke to Buddhist monk Phra Prommangkalachan, who made a number of trips to Leicester's King Power stadium at the request of Srivaddhanaprabha."When they (Leicester City) were at the bottom of the Premier League, Mr Vichai said 'we do not have enough merit,'" said Phra Prommangkalachan."He is a Buddhist who truly believes in good and bad karma."So he set about making good karma by building temples and supporting ordained monks both in and out of the country. He was determined to make good karma, and he has become successful."In 2016, when accepting an Honorary Degree of Doctor of Laws by the University of Leicester, Srivaddhanaprabha said:"I feel very fortunate because I do what I love, so I put love into everything I do. "I came to the football industry with Leicester City because of my love for football and the Club and its fans have already repaid me several times over with their passion and loyalty."It is a great privilege to be the Chairman of this great Club and an accepted member of this wonderful community."

An emerald as big as your hand was found in Zambia — a whopping 5,655 carats