"Happy Husband Appreciation Day! I couldn't imagine a better man for us," Shanann Watts wrote next to their photo in April. "You spoil us with love an(d) attention! You put up with 3 impatient, demanding women in the house," she continued. "You work so hard everyday to provide for us. I love you so much."Four months after Shanann Watts posted that photo, her husband sits in a jail in Colorado, suspected of killing her, along with their daughters, Bella, 4, and Celeste, 3. The pregnant mother and her two daughters vanished Monday from their suburban Denver home. Their bodies were found Thursday at the site of the petroleum company where Chris Watts once worked, authorities said.Chris Watts, 33, was arrested in connection with their deaths but has not been formally charged. He's next due in court Tuesday. Authorities have not suggested a motive in the killing.

Couple files for bankruptcy in 2015

As stunned friends seek answers on how the love story of a couple that seemed so picture perfect could end so tragically, bankruptcy filings reveal a family that had struggled financially. Chris and Shanann Watts filed for bankruptcy in June 2015, according to documents in the court record. That was after they bought their house, an asset valued at $400,000, records show.The year prior to the bankruptcy filing, the couple had a combined income of $91,000 — most of it earned by Chris Watts, who made about $63,000 from his job at Anadarko Petroleum, records show. The rest was earned by Shanann Watts, who worked in 2014 at Children's Hospital Colorado. Still, they were about $70,000 in debt, most of it from student loans and credit card purchases, according to the filings. The couple reported two savings accounts with a total of $9.51 and a joint checking account with $864.By all accounts, they appeared to have moved past that, with Shanann Watts posting numerous times this year about her new job at a lifestyle company. She was also 15 weeks pregnant with a son the couple planned to name Niko, her brother, Frankie Rzucek, posted on Facebook. "Little peanut!! Lover her/him already!!" her husband texted back in June when she sent him a photo of her ultrasound picture, according to a screengrab she posted on Facebook.

Some victims may have been strangled

Documents filed Friday in Chris Watts' arrest reveal some of the victims may have been strangled, along with other grim details.Shanann Watts and her daughters appear to have been killed at their house in Frederick, Colorado, a town of about 8,600 people some 30 miles north of Denver, prosecutors have said. 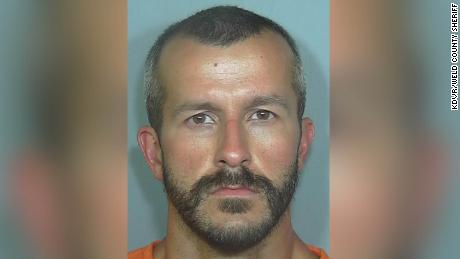 Chris Watts' attorneys asked a court Friday to require pathologists conducting autopsies to swab the little girls' necks and hands for DNA, court filings show.In a second motion, obtained by CNN affiliate KDVR, defense attorneys asked the court to compel the coroner's office to look for DNA under the mother's fingernails and on her hands.Defense attorneys did not say why they made those requests. They also asked the court to allow defense expert Richard Eikelenboom to take swabs from the bodies. It's not clear whether a judge ordered the coroner's officer to swab for DNA. The first motion was filed 20 minutes before the autopsies were scheduled to begin, documents show.The cause of death for each family member is still pending while medical investigators wait on test results, the Frederick Police Department said. 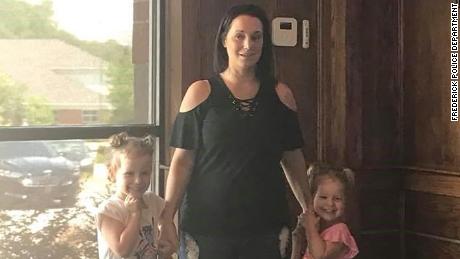 Shanann Watts' body was found on the property of Anadarko Petroleum, authorities said. And the girls' bodies were in an "oil well filled with crude oil for several days," Chris Watts' attorneys indicated in a court filing. A company spokeswoman confirmed that Chris Watts used to work there but declined to say when his employment ended or what role he served.Watts was arrested on three counts of first-degree murder and three counts of tampering with a human body, a Weld County District Court judge said Thursday. He is being held at a county jail north of Denver, and prosecutors have until Monday to formally charge him.A judge sealed the arrest affidavit, which might have provided information about a possible motive or other details.

In an interview Tuesday — after his family disappeared but before his arrest — Chris Watts said his wife got home from a business trip about 2 a.m. Monday. 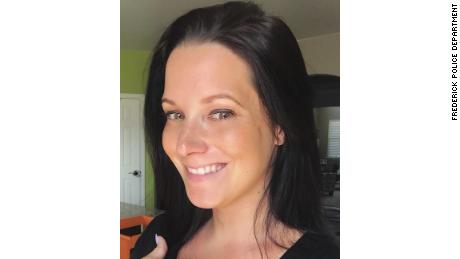 "We had an emotional conversation, I'll leave it at that," Watts told a reporter who asked whether they'd argued. "I just want them back. I just want them to come back."Watts said he left for work about 5:15 a.m. that day and wasn't concerned when his wife didn't respond to his texts and phone calls, since she'd just returned from out of town.But he grew worried, he said, when one of her friends contacted him around noon and said she wasn't responding to messages."I walked in the house and — nothing," Chris Watts told KMGH. "She wasn't here. The kids weren't here."Correction: An earlier version of this article featured on the CNN app used the wrong photo of Shanann Watts. That photo has been removed and replaced with the correct image of Watts.

CNN's Steve Almasy and Christine Sever contributed to this report.

Colorado mom was about to have a gender reveal party

Colorado mom was about to have a gender reveal party

The “Wolf of Wall Street” fraudster thinks ICOs are a scam