No one has been injured in the Mendocino Complex Fire, which consists of two fires — the Ranch Fire and the River Fire — burning around Clear Lake, in several counties in Northern California. Combined, they form the biggest blaze that California firefighters are currently battling. Altogether, the Mendocino Complex Fire has burned 283,800 acres — growing about 80% since Friday night. As of Monday evening, it was 30% contained and had destroyed 75 residences.The Mendocino Complex Fire has now surpassed last year's Thomas Fire, which burned 281,893 acres in Ventura and Santa Barbara counties, as the largest fire in Cal Fire history.Exhausted firefighters across the state are trying to contain 16 major fires that are burning in hot, dry and windy conditions. On Monday, another fast-moving fire ignited in the state — this time in Orange County, where firefighters battled the Holy Fire that expanded to more than 4,000 acres. That fire started in the Cleveland National Forest and evacuations in the nearby areas have been ordered, according to the Orange County Fire Authority.

In Northern California's Shasta County, the devastating Carr Fire claimed its seventh victim Saturday when a Pacific Gas & Electric worker died while working with a crew to restore power, utility spokesman J.D. Guidi said. Over the weekend, the White House approved a disaster declaration for Shasta County, allowing affected residents from the Carr Fire to apply for federal disaster assistance such as temporary housing, home repairs and other programs. At the same time, President Donald Trump blamed the state's environmental laws for the wildfires. "California wildfires are being magnified & made so much worse by the bad environmental laws which aren't allowing massive amount of readily available water to be properly utilized," he tweeted Sunday. "It is being diverted into the Pacific Ocean. Must also tree clear to stop fire spreading!"It wasn't immediately clear what California laws Trump was referring to. Henri Grissino-Mayer, a geography professor at the University of Tennessee, said he had "no clue" what Trump was referring to in his tweet."California does NOT divert water to the ocean," he told CNN in an email. "Ridiculous. It's true that water is diverted to the coastal cities for a constant water supply but all such water is used by the coastal communities." 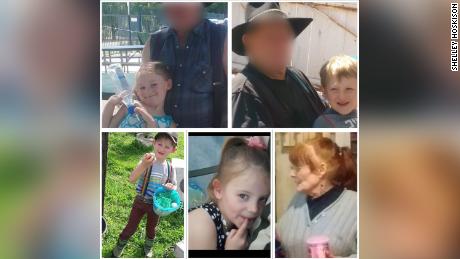 More than 14,000 firefighters are battling the wildfires across California. "Battling these relentless fires requires a Herculean effort," California Gov. Jerry Brown had written in his request to Trump for a presidential major disaster declaration</a>. Fire crews from Australia and New Zealand arrived in California to help. They came to Redding, on Monday, according to the US Forest Service-Pacific Southwest Region. Parts of Redding were damaged by the Carr Fire, which has burned more than 164,413 acres. The fire was 47% contained as of late Monday, according to Cal Fire. The Carr Fire, now in its third week, is the sixth most destructive in the state's history, having destroyed more than 1,600 structures, according to Cal Fire.

Another major fire also burning in Northern California, the Ferguson Fire, extended into its third week. This fire has killed two people and injured 11 others. And it prompted the indefinite closure of some of the most popular parts of Yosemite National Park, officials announced on Sunday. 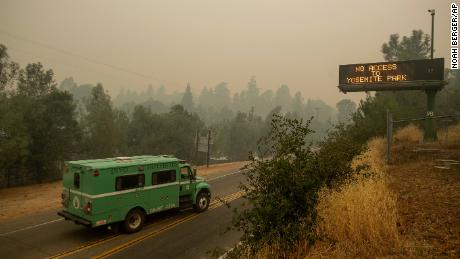 "Over the past 48 hours, fire has impacted all of the roads used to access Yosemite Valley, burning dead and downed trees that can become very explosive and fall without warning," according to the National Park Service. Yosemite Valley is home to some of the most famous destinations of the park. "There are also significant terrain hazards for firefighters. These hazards, along with extreme fire behavior and frequent weather changes, have made this an extremely difficult fire fight," according to the NPS statement. The Ferguson Fire started on July 13. Of the 94,331 acres burned, firefighters have contained 39%, according to authorities.

Trump Says U.S. Has The Worst, Dumbest Immigration System In The World