Biden learned a lot of lessons from the men and women who ran a hoagie shop or candy store, many of whom I knew well as a child there. They would lend an ear and a sandwich to those who came into the store in distress. One candy shop owner in town, Mr. Genova, always used to say, "You have to get up again and go. Always get up again and go."That's a message Biden heard a lot, too — especially from his father. As a boy with a stutter, Biden dealt with ridicule from his classmates. But his father taught him that whenever he got knocked down, he could get up again quickly. Joe Sr. proved a good example of this — not allowing his professional setbacks to derail him. For better or for worse, where we come from matters — and often explains a lot about the adults we become.In the case of politicians, it's perhaps impossible to understand their worldviews without some knowledge of the families and communities that shaped their identities and set their moral compass. Biden's Scranton roots certainly helped shape the Democratic nominee who stands before the American people today. His sympathetic nature, modest demeanor and willingness to fight for those who have less were influenced by his childhood experiences. 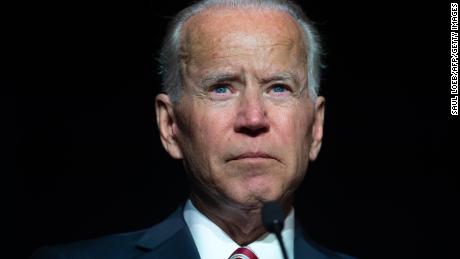 And as much as his father shaped his perspective on life, Biden's mother shaped his views on faith. Biden's mother was, according to my mother, deeply religious, and her faith made an impression on her son, who remains a devout Catholic, sharing the Christian vision of justice and reconciliation. My favorite high school teacher attended St. Paul's, the same church as the Biden family, and once told me that "young Joe always leaned forward during the sermon. He was eager to listen. It's the best thing about him. He listens." Biden has taken to heart this vision, as embodied in Proverbs 29:18: "Where there is no vision, the people perish." Vision is, in these terms, nothing less than an awareness of God's role in community — the idea that everyone is part and parcel of a comprehensive vision, and that if the members of a community don't look out for each other, they will fail. But it wasn't just Biden's family and faith that shaped his character. Scranton itself had a profound influence on him. In the early 20th century, the city became a blue-collar ethnic melting pot, as the anthracite mines, steel factories and railroads attracted workers from southern and eastern Europe, Ireland and Wales, even Syria and Lebanon. Despite or because of the ethnic mix in Scranton, people largely worked well together, sharing whatever they had — especially their food. I remember that when a Syrian man on my street died of leukemia, an array of dishes arrived on his front porch — a world-class smorgasbord that included baklava with pistachios and shredded kataifi dough, spicy Italian meatballs, Polish pierogis and Ukrainian pancake rolls filled with mushrooms. My father said to me at this man's funeral: "Who needs the United Nations? We do it right in Scranton." My father, who was a Baptist minister born into an immigrant family of Italians, added: "We don't make snap judgments about people from different places, with different views. We look for need. And we get it — that helping is what we should do."But truly getting it meant treating your neighbors, whatever their ethnic, religious, or racial origins, as you wished to be treated yourself. And Biden, both in his personal and in his political life, has demonstrated just how much he gets it.Despite his many hardships, from childhood through the death of his first wife and daughter in a car accident in 1972 and the death of his eldest son to brain cancer in 2015, he has prioritized helping others experiencing trauma to grieve. "Everybody's different, but what I found is the way you overcome enormous tragedy is you've got to find purpose in your life," Biden said at a CNN town hall last year.And Biden has found such purpose, putting the lessons of his childhood into practice. Just consider his ambitious housing agenda, which centers on offering rental assistance to millions of qualified families who currently have no access to help. The plan could cut child poverty by as much as a third and help to narrow the gap between Black Americans and their wealthier neighbors. If implemented, his proposed policies would "be life-changing for millions of low-income and housing insecure households," wrote Matthew Yglesias on Vox.Read More – Source

Walmart Bets on Convenience and Technology to Grow in Latin America

They made it to the US. But as the country lets in fewer refugees, will the rest of their family ever arrive?