8 people, including French aid workers, killed in an armed attack in Niger

The French government called it a terrorist attack, though no group has yet claimed responsibility.Unidentified gunmen attacked the group August 9 in the Kouré region, around 50 kilometers from Niamey capital. The victims, who are both French and Niger nationals from ACTED and IMPACT aid organizations, were "senselessly and cowardly murdered", according to ACTED, which did not give additional details about the incident.French President Emmanuel Macron spoke to Niger President M. Mahamadou Issoufou about the incident the French call "the murderous attack that cowardly targeted a group of humanitarian workers", according to a statement from the French Presidency on Monday.The Elysee statement said President Macron has also sent condolences and the nation's support to the victims families and that both the French and Niger presidents are working to clarify the circumstances of the attack."Their determination to pursue the fight against terrorists in Sahel remains intact," the statement said. 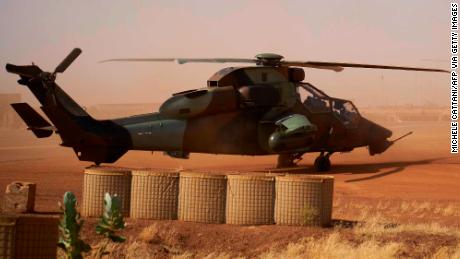 Back in the Future: Cast reunite at fan convention

We expected India to be more resilient to US pressure: Zarif