A breakdown of trust between senior officials and Downing Street has sparked fears Whitehall could be thrown under the bus in an effort to save Boris Johnson and his top team.

Britain has suffered one of the highest global death tolls in the pandemic, after waiting to lock the nation down, failing to protect care homes and only mandating the use of face masks in recent weeks, among other policy stumbles.

The decisions that led to the tragedy will be pored over in the independent inquiry the prime minister announced last month — but the fight over whether officials gave the wrong advice or ministers took the wrong decisions has already begun.

“Obviously the blame game has been going on almost as long as the virus and has been gathering force,” one former senior official told POLITICO. “As the epidemic wanes, the blame game is going to get more intense. I think the civil service is absolutely expecting that.”

Top officials are expected to face practice grillings designed to prepare them to give evidence to a panel.

One senior official said those working at the top of the government were reluctant to attach their names to decisions around the pandemic. “Ive never seen people so averse to putting things in an email,” the person said.

Civil servants who feel they are being used as flak jackets for ministers could wage a silent protest by clogging up the wheels of government, the senior official warned.

That could see ministers become personae non gratae in the offices of those running departments, be refused advance sight of papers and lose priority treatment for their pet projects. “What you will get is a closing of ranks,” the official said. “They dont go on strike — they are too middle class. This is their version.”

Dave Penman, the general secretary of the FDA union for top civil servants, said he did not expect relations to sink so low. But he warned that a damaging blame game would see the government lose “goodwill” from a workforce that has piled on extra hours and volunteered for difficult projects. “People wont go the extra mile,” he said.

He also said civil servants would quit their jobs, preferring to earn more in the private sector where they hope to be treated better. “People will make choices about what they do and where they work,” he argued. “You will start to lose some talented people.”

Top officials are expected to face practice grillings designed to prepare them to give evidence to a panel. Penman stressed that officials did not expect a rigged outcome to the probe because — assuming its terms are balanced and open — they will get a fair hearing. Instead, he fears a briefing war in advance to frame the narrative, as, he says, has been the routine since Johnson took office.

“Before we hit COVID, that is what people around No. 10 were doing — they were throwing civil servants regularly under the bus,” he said. “So I dont think its an unfounded concern.”

Indeed, a report emerged in February that Downing Street had drawn up a “shit list” of top civil servants, thought of as roadblocks to change. Government leaders, including Cabinet Secretary Mark Sedwill, Foreign Office boss Simon McDonald and Home Office boss Philip Rutnam, have quit after negative briefings against them. The latter is suing the government for constructive and unfair dismissal over allegations of bullying by Home Secretary Priti Patel.

To some, hostility from the top comes as no surprise. Civil servants have read blogs written by top Downing Street aide Dominic Cummings, who attacked Whitehall in stark terms over its perceived failings and is said to favor “creative destruction” when it comes to reform.

The pandemic has only fueled the tensions in government. McDonald was forced to backtrack after he told a committee the decision not to take part in an EU ventilator scheme was “political.” Sedwill, bosses at Public Health England and even Health Secretary Matt Hancock are among those who have come under fire from anonymous sources in the press for their response to the crisis. 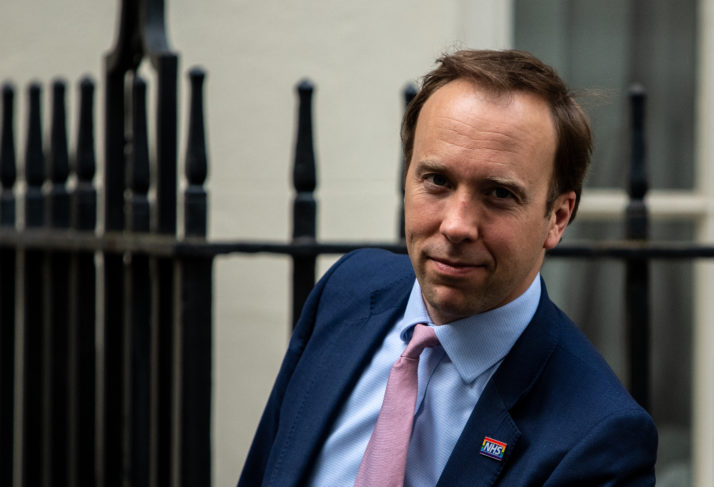 Sedwill told an event last month that the press reports were “damaging to the process of governance” and “demoralizing” for staff.

Some say an oppositional Downing Street team, made up of numerous figures from the 2016 Vote Leave campaign for Brexit, has little moral authority and will do anything to get its way — although No. 10 insists it is not behind negative briefings to the press.

Numerous current and former officials who agreed to speak for this article noted that the atmosphere could leave top civil servants fearful about the consequences of giving evidence to the coronavirus inquiry.

“People are inevitably going to be worried,” said a second former senior official. “It feels like it will come down to who has the power to get their story out, and that is something where civil servants are at a constitutional disadvantage and where the evidence of the current political team is they dont hesitate.”

The next battle will be over the terms of the inquiry, who chairs it and whether it has a deadline to produce conclusions.

The same person warned that a negative mood could stop lessons being learned: “You have to have the ability to have the conversations about what has happened, and if people feel that the whole thing is going to become an oppositional process … [that] has long-term consequences.”

But a Downing Street official insisted the inquiry would be a fair procedure that could well “exonerate” all those involved in the pandemic response.

The official insisted it was “absurd” toRead More – Source

Check into these hotels’ virtual worlds

Castro to have knee surgery, be sidelined 4-to-6 weeks

New ISIS Targets Uncovered In Recently Obtained Documents. The European Economy Is In The Crosshairs