Huawei might be facing the heat, but so far Europe is playing it cool with Chinese video-sharing app TikTok.

Brussels once again finds itself caught up in a stand-off between the United States and China over technology — but there are no immediate signs the EU will follow Washingtons lead.

Thats mostly because in Europe, the app hasnt become the same hot-button issue as it is in the U.S, where politicians have written jeremiads about their fears over the company. Meanwhile, European regulators havent yet decided among themselves who will take the lead in investigating the company.

“I dont think we need a TikTok ban if they comply with European law. But the EU has to be more active in enforcing European standards,” German MEP Moritz Körner from the liberal-centrist Renew Europe group told POLITICO.

In recent days, U.S. President Donald Trump has reiterated threats to ban the popular video-sharing app over fears its Beijing-based parent company ByteDance shares user data with the Chinese government. ByteDance denies the allegations, but is mulling a sale of TikToks business in the U.S., Australia, New Zealand and Canada to Microsoft to avoid the ban.

The software giant is also interested in buying the Chinese apps global operations, which would include its European arm, the FT reported Thursday.

“We dont comment on speculation,” a ByteDance spokesperson said.

“Huawei is greater in terms of strategic importance given it could play an important role in 5G rollout” — Peter Richardson, analyst

Yet, theres little talk of a ban even in European capitals that have taken tough stances against Chinese telecom company Huawei. And investigations into TikToks data protection practices across the Continent are mired in uncertainty over which regulator is actually in charge.

“In Europe, there is less of a concerted political action around Chinese companies,” said Peter Richardson, the U.K.-based research director at analysis firm Counterpoint.

Its unlikely EU governments will perceive TikTok, a “relatively benign” app, as a national security threat in the same way as Huawei, Richardson said. “Huawei is greater in terms of strategic importance given it could play an important role in 5G rollout.”

We come in peace

In a nod to privacy concerns, TikTok said it will build a data center in Ireland to store the personal data of EU and U.K. users, at a time when data flows outside the bloc are legally risky. The center will be ready in 18 to 24 months, TikToks European Public Policy Director Theo Bertram told POLITICO.

While U.S. politicians label the app a “national security threat,” European policymakers have been launching campaigns with the Chinese-owned company.

Its collaborating with Brussels and national governments in a slew of initiatives, which could even be helping its popularity. In April, TikTok told the European Commission it was working with 11 EU health ministries on COVID-19-related disinformation. In May, France announced a partnership with the app to raise awareness among teenagers about child abuse.

TikTok also joined the European Commissions code of practice on disinformation, which includes commitments on transparency around advertising. U.S. tech companies such as Google, Facebook and Twitter are among the signatories.

Some analysts wonder if Brussels is giving a free pass to the Chinese-owned platform as a result.

After TikTok signed up to the Commissions disinformation initiative, the German Marshall Funds Program Manager Nada Kovalčíková co-wrote in an op-ed that Brussels might be helping the app in “whitewashing” its reputation.

“The EU needs to make sure theyre taking into consideration the different risks [posed by TikTok] compared to the other U.S. platforms. Its not only about taking down false content, but there is a potential censorship risk,” she told POLITICO.

There is no immediate sign that TikToks European operations are under threat.

A German official told Bloomberg recently that Berlin has seen no indications that the company could be a security risk. The German interior ministry did not reply to POLITICOs request for comment. 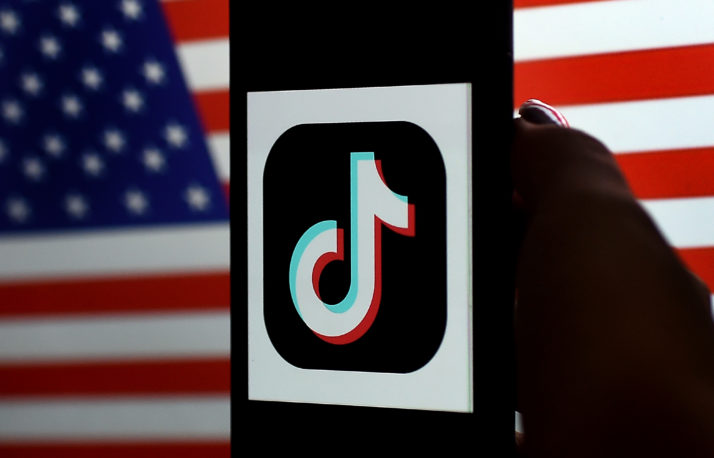 In the United States, TikTok has become a hot-button issue | Olivier Douliery/AFP via Getty Images

Meanwhile, governments that have decided to restrict Huaweis participation in their 5G rollout, such as Poland and the U.K, have not appeared to follow Trumps lead for now.

The Polish government “is not working on regulations” that would ban any social networks or platforms including TikTok, a spokesperson told POLITICO in an email.

The British government, which recently announced an all-out ban on Huaweis 5G equipment, did not push back this week against the possibility of TikTok moving its global headquarters to London.

European politicians seem happy to defer to regulators who seem keener to scrutinize the company, but it is unclear who is leading the investigations.

The blocs grouping of privacy regulators, the European Data Protection Board (EDPB), set up a task force to look into TikTok earlier this year, Read More – Source