The decline seems to be largely related to the decreasing number of kids playing tackle football and the increase in the additional contact limitations put on the game.The results were published Thursday in the US Centers for Disease Control and Prevention's weekly report. The study looked at records from the National Electronic Injury Surveillance System-All Injury Program for 2001-2018. During that time, there were an average of 283,000 US emergency department visits for children who had sports or recreation-related traumatic brain injuries during 2010 to 2016. About 45% of these head injuries were contact sports-related. About 25% were head injuries from tackle football, the sport with the highest number of traumatic brain injuries. Mild traumatic brain injury may affect brain cells temporarily, but more serious traumatic brain injuries can result in long-term complications, and in some cases, even death. For most children, doctors say they get better in a couple of weeks, but it can sometimes take up to a month. About a quarter to a third of children will have symptoms that last longer than a month, particularly if they have had more than one TBI, said Dr. John Leddy, an expert in the field. He was not involved in the study. "There is some concern for potential long-term damage, but we don't know who is really at risk. We need more research," said Leddy, a clinical professor in the department of orthopaedics at the Jacobs School of Medicine & Biomedical Sciences at the University at Buffalo. 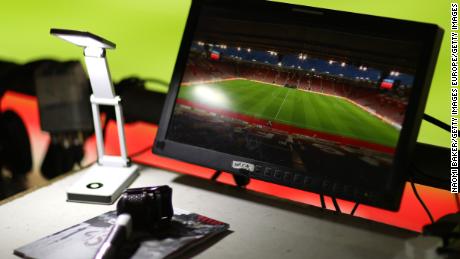 While football remains one of the most popular sports for kids, the number of kids playing in youth football programs has declined 24% since 2010, and that likely is one of the reasons for the improvement in the rates, the study found. There was a 39% decline in football related TBIs between 2013-2018. Football programs have also put more tackling and contact restrictions on the game. Tackling accounts for two thirds of the concussions and other TBIs among high school football players. Tackling techniques that reduce exposure to the head could reduce the risk of concussion by as much as 33%, the study found. Leddy has noticed this trend."I have noticed that more in the last couple of years, maybe the last two to three years, maybe it took a little bit of time to make its way to Buffalo," Leddy said. He said he does see football injuries, but possibly because of where he lives in the country, he also sees a lot of hocky-related head injuries.Read More – Source