Frustrated business owners and residents alike, already under enormous stress from the economic shutdown caused by the Covid-19 pandemic, have found their patience tested as tents spring up in doorways and human waste becomes an ever-present concern in parts of the city.Facing legal action from some residents, San Francisco recently opened its first "Safe Sleeping Site" in the shadow of City Hall, providing a supervised and physically distanced area where unsheltered residents can legally camp in tents. A second designated site has also been selected and is expected to open soon.With the added dangers of a virus spreading unchecked through the city's shelters, officials have been forced to reduce capacity out of a need to create physical distancing, leaving many with nowhere else to go but on the street. And while the city has also secured more than 2,000 hotel rooms to house the unsheltered, the effort to craft a more long-term solution has opened a new battle among those tasked with solving the problem."It's already been really, really hard. This has been our reality for many years and this is just making everything more challenging," said Kelly Cutler of the Coalition on Homelessness, an advocacy group.

Some of the city's residents, however, are increasingly disturbed by what they're seeing on the streets."It's unsafe. It's unsanitary. Whatever is going on here, it's inhumane," said Mike Abuyashi, owner of an auto shop in the city's Tenderloin district. "It's like, you know, you come to work and you want to focus on what you're here for. Then you have all the craziness going on." 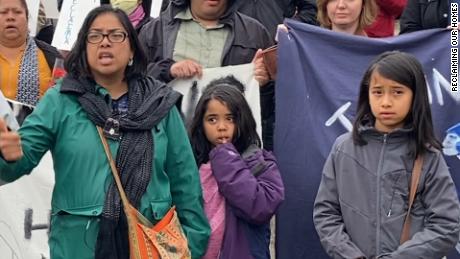 An emergency ordinance proposed earlier this month that would require the San Francisco Parks and Recreation Department to submit a list of city properties to potentially host sanctioned homeless tent encampments, was met with fervent opposition. Opening up the city's parks, including parking lots and other vacant space, for temporary shelter would help address the urgent need for space, said city Supervisor Sandra Lee Fewer. The parks department oversees 11% of city-owned land, according to Fewer, who noted that other cities across the West, including Los Angeles, Phoenix, and Eugene, Oregon, have also adopted the concept of safe sleeping sites.

Many San Francisco residents, however, submitted letters of opposition, and the proposal was met with pushback by Senator and former San Francisco Mayor Dianne Feinstein, who wrote a letter to Board of Supervisors President Norman Yee on May 4 arguing that there are many other suitable alternatives for housing the burgeoning homeless population."San Francisco has numerous options to deal with the critical shortage of safe shelter: continuing the Mayor's hotel program, enforcing social distancing and healthy conduct in group housing and shelters, and expanding the RV programs and temporary shelters," Feinstein said. "This could include tents on unused parking lots and closed schoolyards, as well as public facilities such as the Cow Palace and Port property. These locations are available, have utilities, and can be more easily restored to original uses than can park Read More – Source