Coronavirus: Spain braced to become the next Italy

Spain is on lockdown and the death toll from the coronavirus has topped 1,000 — and its only going to get worse.

The country, which has been in an official “state of alarm” since Monday, had 19,980 cases as of Friday, with 35 percent of those in the Madrid region and 16 percent in Catalonia. Experts warn Spain is about a week behind Italy, which has been the worst-hit country in the world.

The public health system is coming under unprecedented levels of pressure, with more than 1,100 patients in intensive care.

Under the strict rules of the state of alarm, which are enforced by the police and the military, Spaniards can only leave their houses to buy groceries or medicines, walk their dogs and go to work if absolutely necessary. Going jogging or cycling has been banned (a move thats proven very unpopular), as have funerals, weddings and all social gatherings.

However, health officials are struggling to explain why these stringent measures do not seem to have worked. Fernando Simón, an epidemiologist who runs the Center for Coordination of Health Alerts and Emergencies at the Spanish ministry of health, argues more time needs to pass before the lockdown starts to have an impact.

“It is true that we have some units under stress [and] close to the limit, but it is also true that a lot of measures are being taken” — Fernando Simón, epidemiologist

“The tough days are coming, we need to become aware. We need to keep the pressure, we need to achieve [victory] and as soon as possible,” he said, before admitting he feels exhausted and the situation is starting to wear him down.

Much like in Italy, panicking doctors and nurses working in the most affected regions are taking to the internet and the media to demand more protective equipment and staff. People who can sew are volunteering to make face masks.

On Wednesday, the death of a 52-year-old nurse working at a Basque hospital — the first health professional to die from the virus in Spain — shook the country and raised further questions about its ability to cope with the epidemic.

In a bid to expand capacity, the government announced that private health providers and their facilities would be requisitioned for coronavirus patients, and hotels are being converted into medical facilities to treat those with milder symptoms. Ifema, a large conference venue in Madrid, is being transformed into a hospital with 5,500 beds. And in the region of Valencia, three makeshift hospitals are being built to increase the number of beds by around 1,000. 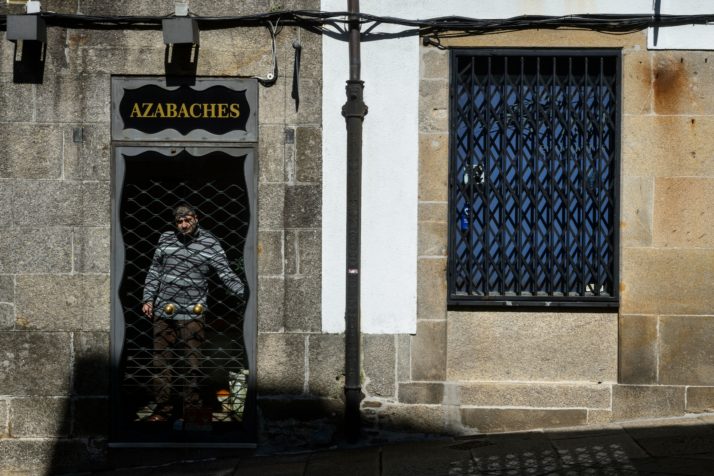 The governments official line is that Spain is inching closer to the peak number of cases and will be able to reverse the trend soon as long as people comply with the lockdown — but that message is meeting with increased skepticism.

On Friday, Simón said the “overload” and “pressure” on intensive care units is forcing some hospitals to become “a bit more restrictive” when accepting patients, but urged the public not to panic. “It is true that we have some units under stress [and] close to the limit, but it is also true that a lot of measures are being taken,” he said.

Health Minister Salvador Illa insists the government is “working at the highest intensity” and pledged: “Health professionals will have the material they need, whenever they need it.”

Meanwhile, half of the participants in a poll commissioned by El País expressed fear about losing their jobs as a result of the lockdown, which has forced most businesses and factories to close.