Throwing away the throwaway society

Brussels wants people to buy fewer clothes, fix and not ditch smartphones and recycle instead of dumping things in the trash — all part of an effort to slash resource use.

The European Commission on Wednesday unveiled its Circular Economy Action Plan — tackling everything from clamping down on waste to mandating a greater use of recycled materials in new products, and hammering home the principles of reduce, reuse and recycle.

Its part of a broader environmental shift by the Commission that includes the Green Deal and Industrial Strategy and aims to make the bloc climate neutral by 2050.

The idea is to lessen humanitys impact on the planet — an effort thats driven by rising public disquiet over everything from climate change to masses of plastic trash in the oceans.

“We only have one Planet Earth, and yet by 2050 we will be consuming as if we had three,” said Environment Commissioner Virginijus Sinkevičius.

The real battles are still to come as the Commission will gradually roll out the 35 pieces of legislation outlined in the plans annex over the next three years.

1. The idea is to change everything

The document wants bans on the destruction of unsold goods and built-in obsolescence — the term for companies making products designed to eventually stop working and then be replaced. It also includes an EU strategy to clean up textile production and regulatory measures that would require electronics manufacturers to make products like mobile phones, tablets and earphones easier to repair and recycle.

The goal is to scrap the traditional pattern of take-make-use-dispose by getting manufacturers to rethink how they design products — which means making it easier to repair and recycle.

The Commission wants to create new ecolabels and have companies clearly display information about the environmental footprint of their products.

But having more sustainable products wont be enough to make the economy more circular. The Commission also needs people to change their consumption habits, and maybe feel a little guiltier about wasteful behavior.

“Its not just about reusing, recycling, its also about creating a new relationship with the products we have,” Executive Vice President Frans Timmermans said Friday during the launch of the European Plastics Pact — a voluntary agreement among governments and companies to cut plastic waste. “They need to live longer … to be fully recyclable, they need to be repairable.”

The plan also wants companies to develop new business models based on product-as-service. “Instead of buying a washing machine, you buy the service of washing,” Timmermans said, adding that by doing so “you take the incentive away to not make the machine durable so that you can sell another machine three or four years down the line.”

To protect consumers against fake environmental claims — known as greenwashing — and to raise awareness, the Commission also wants to create new ecolabels and have companies clearly display information about the environmental footprint of their products.

2. Tech is under special scrutiny

The Commission is tired of the tech sector introducing new chargers every few years, so it will demand that all manufacturers use a common charger.

“We see a situation now [in which] Samsung came last year with a new charger, and the same happened with Apple who changed their USB port … so we definitely need to seek for the universal one,” Sinkevičius said ahead of the launch.

He acknowledged that such a change cannot happen overnight as that would only create more waste. “There has to be a smart timing when it can be introduced, of course the producers will also need their time to adjust, but we definitely need to have [a] set date legislation when were moving to reach it,” the commissioner said.

3. It goes soft on fashion

The plan includes an EU Strategy for Textiles — to be proposed in 2021 — that will take a carrot rather than stick approach to cleaning up the fashion industry. It will be focused on research and ecodesign measures, as well as helping people get better access to re-use and repair services, instead of mandating tough targets.

“Were not going to set the goal of how much textiles are going to be recycled or reused,” said Sinkevičius. 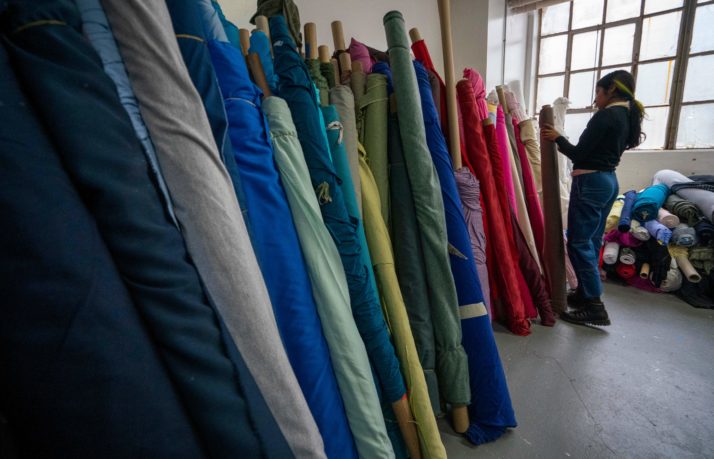 That careful approach isnt as demanding as steps being taken by France — the heartland of haute couture. Paris is proposing its own circular economy plan that would create a new extended producers responsibility scheme for the textile industry, a ban on destroying unsold items and a voluntary ecolabel on clothes.

French Environment Minister Brune Poirson said last month she wants to push binding measures at the EU level: “I cannot make [the ecolabel on clothes] mandatory [in France] for the moment because I need to wait that Europe makes it mandatory.”

To completely revamp the blocs economy to a more circular model, the Commission wants to steer investments by developing an EU ecolabel for financial products.

Other financial tools include encouraging the broad application of environmental taxation, including landfill and incineration taxes, as well as using VAT rates to promote the circular economy.

Unlike some of the Commissions other grandiose ideas, the circular economy plan has strong public backing and there isnt a unified bloc of member countries opposed to the idea. That doesnt mean everyone is on board.

Has Show Lo broken up with his girlfriend?

Revealed: Winners of the ‘Oscars of watches’

WHO to resume hydroxychloroquine trial