Pharmaceutical company founder gets more than 5 years in prison

John Kapoor, 76, of Phoenix, and four top Insys executives, were convicted of racketeering conspiracy by a federal jury in May. Kapoor was sentenced Thursday and along with the prison term, he was ordered to pay forfeiture and restitution to be determined at a later date and will be under three years of supervised release. The government recommended a sentence of 15 years in prison.In November 2019, US District Court Judge Allison Burroughs overturned convictions for Kapoor and three other executives for alleged violations of the Controlled Substances Act and for alleged honest services fraud arising from the executives' part in marketing and selling Subsys.Subsys is a highly addictive synthetic opioid that was intended to manage cancer pain. The convictions for mail fraud and wire fraud types of predicate racketeering stood for the five executives. "As a veteran of the pharmaceutical industry, Kapoor learned that he could profit from developing a spray delivery system for a generic drug, then marketing it as a premium product," according to a statement from the US Attorney's office for the Massachusetts District. "Kapoor privately funded Insys as it developed Subsys, which was eventually approved to treat cancer patients."He hired top executives to help him bribe practitioners to prescribe Subsys to patients, often when medically unnecessary, the statement said."Out of pure greed, Insys executives, from John Kapoor on down, bribed doctors to prescribe this powerful and highly addictive narcotic to people who did not need it," US Attorney Andrew Lelling said in a statement. "Despite increasing public fears of a drug epidemic fueled by pain pill prescriptions, these defendants, led by Kapoor, ploughed ahead, setting weekly quotas for doctors on their payroll, urging them to prescribe Subsys in higher and higher doses, all so they could make millions of dollars at patients' expense. 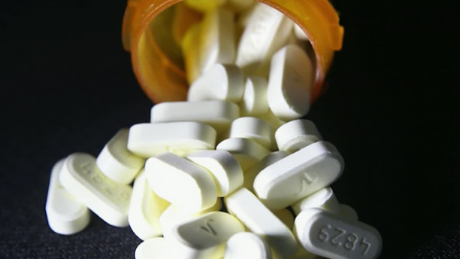 The other defendants in the case were sentenced this week by Burroughs. Michael Gurry, the former vice president of Insys Therapeutics was sentenced to almost three years for pushing doctors to prescribe unnecessary opioids on patients. Gurry, 56, of Scottsdale, Arizona, was sentenced to 2 years and 9 months plus 3 years of supervised release for his role in a conspiracy to bribe medical practitioners to prescribe Subsys. Besides Kapoor and Gurry, the other defendants were Richard Simon, 48, the former national director of sales; Sunrise Lee, a former regional sales director; and Joseph Rowan, a former regional sales director.Simon, 48, of Seal Beach, California, was sentenced on Tuesday to 2 years and 9 months in prison plus 3 years of supervised release.Rowan, Read More – Source

Is Your Representative Playing In The Congressional Baseball Game?