After arrests of suspected neo-Nazis ahead of a pro-gun rally in Richmond, FBI worries

"A big reason why we disrupted it now was based on the timing of the rally on Monday and the intent of some of the individuals to potentially conduct violent acts down in Richmond," Jay Tabb, the executive assistant director of the FBI's National Security Branch, said at an event put on by the Homeland Security Experts Group in Washington.Seven men accused of belonging to a white supremacist group called The Base were arrested this week in separate raids in Delaware, Georgia, Maryland, and Wisconsin, according to authorities. Tabb commended the work of police in Virginia to prepare for the rally, saying that "they are doing everything that they can to make that event and all events around that Monday as safe as possible."Still, he said, the FBI is concerned. "I think the FBI's got a fair sense of worry about Monday because of all the factors that you just talked about and because we can't account for everybody and everything. We have a degree of interest of some individuals that we know are at least saying that they will be there and we have no way to predict where rhetoric turns to violence," Tabb said, referring to the context of the rally: inflamed tension around gun laws, Martin Luther King Jr. Day, and a historic Confederate celebration day in the area. 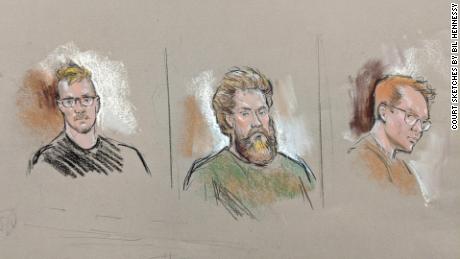 "There's a high degree of interest in some individuals from both spectrums in the ongoing debate around gun rights, around ethnic and racial issues, that potentially has them coming to that event on Monday and might end up with some sort of criminal activity for which they might be arrested," Tabb said.Tabb said the three men arrested in Delaware and Maryland on Thursday "definitely had an intent" to travel and attack the Richmond rally. He did not specify the Georgia men&#039Read More – Source