Heather Heyer’s not on this FBI list. How hate crimes become invisible

Heather Heyer's murder became a symbol of the hate in America that only seems to be spreading.From the massacre in El Paso, Texas, by an apparent white supremacist hellbent on killing Mexicans just days ago, to the mass murder of Jews in a Pittsburgh synagogue last year. Swastikas sprayed on homes and schools. People abused for the color of their skin or the language they speak. Americans told to "go back to your country." These symbols of everyday hate seem to be a regular occurrence.But there can only be guesses at how bad things really are and if they are getting worse.That's because the FBI's national statistics on hate crimes and annual report are deeply flawed. They are based on voluntary reporting from local agencies with differing definitions of hate crimes and can be riddled with errors.Mississippi reported just one hate crime for the entirety of 2017 among its 3 million residents across its 82 counties, many with a troubled racial history. Not necessarily because nothing else happened, but because nothing more was reported. Relying on individual police agencies to have enough resources and good will to report leaves huge holes in the data. And experts say that makes it difficult if not impossible to understand the full scope of hate in America with the ultimate goal of tackling it and even saving lives.Susan Bro still weeps for her daughter Heyer, who died amid the most high-profile and violent mass gathering of white supremacists in the US in decades. And yet her death was not initially reported as a hate crime to the FBI. "If that's not a hate crime, what is?" Bro says. "It makes you wonder what else has been missed, how many other people have been missed?"In the absence of a complete set of facts, there is nothing to stop the divisive narrative in America about just how big of a problem racism, hate and hate crimes are, says Heidi Beirich, director of the Intelligence Project at the Southern Poverty Law Center.Perhaps worse, she says the incomplete FBI statistics relied on for a "national" picture are grossly misleading. 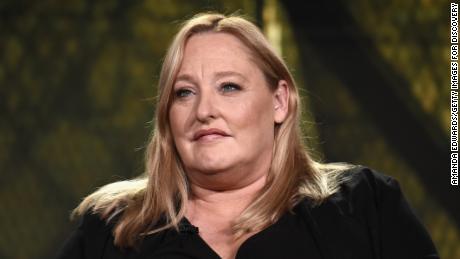 "The data that we're collecting is actually belittling the scope of the problem," she says."We don't know what the patterns are," she says. "Would it be anti-Semitism that was at the top of the pile? Historically it's been anti-black hate crimes that take the lion's share. Would it be that? I don't know. I just don't know. There's no way to know."

Ex-official suggests some states not even trying

Beirich's frustration is echoed by someone who was in that system. Roy Austin was a former deputy assistant attorney general in the Department of Justice's civil rights division, which deals with hate crimes. In that job, and then as deputy assistant to President Barack Obama for the Office of Urban Affairs, Justice and Opportunity, he knows the frustrations of combating hate all too well.The current system to track hate crimes is "largely a waste of time" when diagnosing the problem, he says. 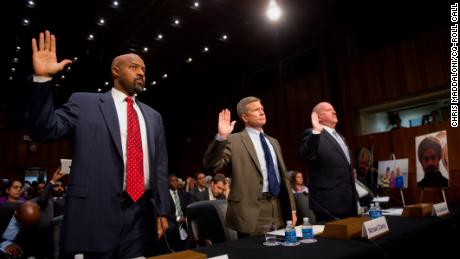 "It is completely up to each individual jurisdiction to determine what they provide to the federal government and the federal government accepts those numbers for whatever they are," Austin explains.Mississippi's single reported hate crime for 2017, the seven in Arkansas and nine in Alabama suggest some jurisdictions "don't even appear to be trying," he says.Arkansas director of the Crime Information Center, Brad Cazort, pushed back on that."It's not because we're not trying," he tells CNN, adding reporting isn't mandatory and the state doesn't have a hate crime law. That could change, though, with Arkansas Gov. Asa Hutchinson saying just last week that he wanted legislation passed.Mississippi — alone among the 50 states — does not have a centralized crime reporting program, though individual agencies can submit data directly to the FBI. Alabama officials say reporting is not mandatory in their state either, but stress they do provide reminders to law enforcement during the year about reporting hate crimes. No one doubts there are holes in the data."It's kind of like if I were to tell you all about Egypt, but the only data I had was one pyramid. … I couldn't explain anything very well," Beirich says.The FBI says 16,149 law enforcement agencies in the country participate in their program. Of those, only 2,040, or less than 13%, reported a total of 7,175 crimes. That means 87% of the participating agencies reported zero hate crimes in 2017. 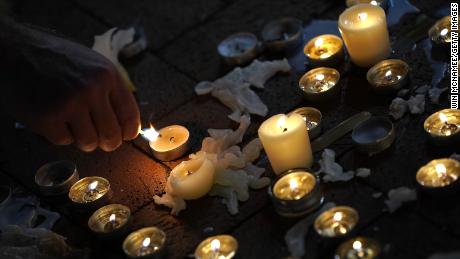 "As much as I would like to think that we have fixed the problem, I think that that number is simply false and shouldn't be reported," Austin said.The FBI acknowledges it is only a clearing house for the facts it is given. And it "continually faces the issue of underreporting at the victim and law enforcement levels," a spokeswoman said. The agency has a "robust training program" for law enforcement officers that explains why reporting this data is so important, she added.Whether the crimes are not reported by victims or not passed on to the FBI, the result in the national report is the same — the attacks effectively did not happen.Experts say the need for better data is about ensuring more resources are deployed to areas that could be struggling with hate crimes, as well as understanding trends to better inform governmental policy.That statistical fog means coming up with a concrete policy as an administration or Congress is difficult, if not impossible, Austin explains.He suggests the annual FBI report is useless as it currently stands."It's a straight-up 'garbage in, garbage out' problem — your data is garbage and so you cannot devise strategy based on garbage numbers," he says.Others counter the data is the best we have. 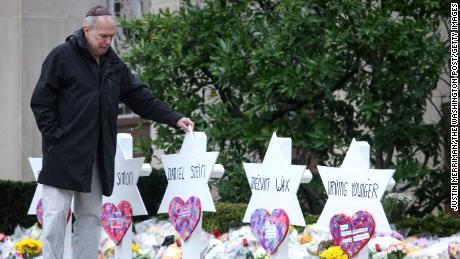 While it is "clearly incomplete," the Anti-Defamation League's CEO Jonathan Greenblatt says, it "provides the single best national snapshot of bias-motivated criminal activity" and has been powerful in its ability to increase awareness about hate and confront violent bigotry.The ADL refers to the FBI reports but also tracks extremist activity from its other sources to get a better picture of the situation.

How major cases slip through the cracks

Heather Heyer is not the only victim of a hate crime whose case is not registered in the annual hate crime report.A year to the day before she died, Khalid Jabara was shot and killed by a racist man who lived next door, who had repeatedly targeted Jabara and other members of his Lebanese Christian family. 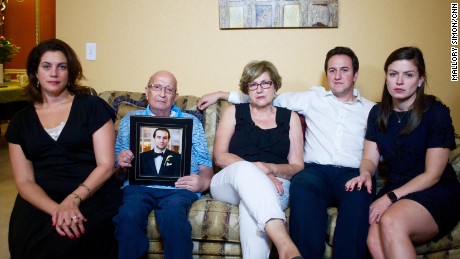 Jabara does not show up in the hate crime statistics for Tulsa, Oklahoma, for 2016, though like Charlottesville, the police do submit hate crime numbers to the FBI.How both of these hate crime victims were left out of the count shows just one of the glaring problems with the system.Opinion: Why America still can't face up to Trump's racismCharlottesville Police Department Chief RaShall Brackney told CNN that part of the issue was that it took the federal government more than a year to categorize the attack as a hate crime."Most people do not want to make a mistake and categorize something as a hate crime that cannot be proven as a hate crime," explains Brackney, who took charge ten months after Heyer was killed.On top of that, Brackney says "a lot of the information that was being uncovered about the suspect was uncovered after the fact." 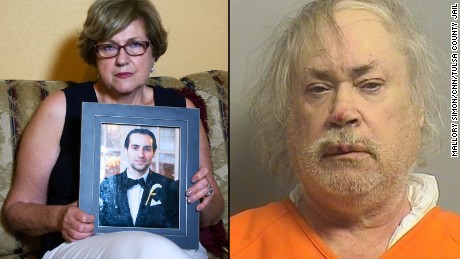 It was similar for the Tulsa Police Department in Jabara's case: officers struggled with whether the murderer's intention could be proved in court.Sgt. Shane Tuell says police tried to determine if Jabara was murdered because he had called 911 on his neighbor, because of other circumstances, or because the neighbor "didn't like Lebanese people living next door to him."But federal standards on submitting hate crime statistics do not require something to be proven beyond a reasonable doubt.FBI guidance says an incident should be reported as a hate crime when a law enforcement investigation "reveals sufficient evidence to lead a reasonable and prudent person to conclude that the offender's actions were motivated, in whole or in part, by his or her bias."Opinion: FBI stats on hate crimes are scary. So is what's missingJabara's family says they were victims of a years-long torrent of hate from their next-door neighbor who became increasingly violent towards them. They say he would regularly yell: "You filthy Lebanese, get out of here. You filthy Arabs, you Muslims." And they say that he ran over Khalid Jabara's mother, Haifa Jabara, with his car. Police reports of the incident and arrest say the man declared that "Mrs. Jabara and her family were filthy Lebanese and they throw gay people off rooftops" — an apparent reference to ISIS murders of gay men. The Jabara family was stunned when they found out, like Susan Bro, that their beloved son and brother Khalid was not counted. 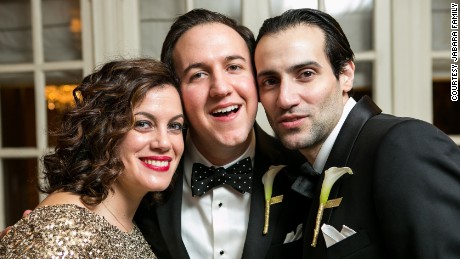 "I don't know of a clearer-cut case as it relates to hate crime. It was built-up harassment," Khalid's sister Vicky Jabara says.The neighbor was charged with and Read More – Source