Cameroon suspends vehicle movement in region where 79 children were kidnapped

The restrictions began Tuesday in some districts in Bamenda to facilitate search and rescue operations for the abducted children, according to local authorities.The pupils were taken around midnight Monday along with their teacher, the principal and a driver, from their boarding school, the Presbyterian Secondary School in Bamenda city, authorities told CNN.Monday, the army deployed military police and helicopters to search for the children.Though no one has claimed responsibility for the abductions, authorities did not rule out the involvement of secessionists fighters, who are waging war in Cameroon's English-speaking provinces.Several separatist groups have denied involvement in the kidnapping.Ambazonia Defense Forces spokesman Tapang Ivo Tanku, in a statement posted on Facebook, alleged that government forces took the students.He described the kidnapping as a "mass distraction tactic" by President Paul Biya's government to divert international and local attention from the President's inauguration.He said members of the separatist group had been ordered to search communities in the region to uncover the kidnappers' hideout.CNN is unable to immediately reach the government for comments on Tanku's allegations.Biya, who has ruled the West African nation for 36 years, was sworn in Tuesday for a seventh term.He called for peace in the country's troubled Anglophone regions during his inauguration in the country's parliament.He, did not, however, address the schoolchildren's abduction, according to local media reports.Kidnapping incidents have increased this year in Cameroon's volatile Anglophone regions by armed separatist groups calling for a secession of those areas, according to Amnesty International.Seven students and a head teacher were kidnapped in September by armed separatists from their school in the town of Bafut, in the northwest of the country, according to Amnesty International.The hostages were "tortured and seriously injured" by their kidnappers before their release, the human rights group said.On Tuesday, Stéphane Dujarric, a spokesman for the UN Secretary General, condemned the reported kidnapping and called for the children's immediate release and return. "There can be no justification for these crimes against civilians, particularly minors," Dujarric said, adding that the United Nations was ready to assist with "an inclusive dialogue process" for a peaceful solution to the crisis in the country's northwest and southwest regions. 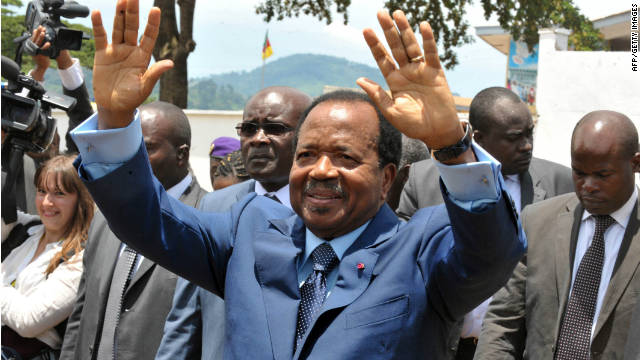 Amnesty International said in a September report that it had recorded 260 security incidents this year, including the kidnappings of civilians and violence between Cameroon's soldiers and armed Anglophone separatists. Rights groups have accused the 85-year-old leader of presiding over a brutal regime, marred by human rights abuses, particularly toward residents and armed separatists in Cameroon's English-speaking provinces. Armed separatists also face allegations of killing and kidnapping civilians and soldiers.

Volatility in Cameroon's Anglophone provinces is nothing new.Cameroonians in the northwest and southwest provinces make up about 20% of the country's population, but they say that the mostly French-speaking government has marginalized them.The Anglophone problem, as it is sometimes called, is a legacy of West Africa's colonial past. Germany claimed the region prior to World War I, but after losing the war the territories were split and "given" to the English and French governments.The nation that become Cameroon was an awkward amalgamation of those two colonies.The current unrest escalated in late 2016 after lawyers, teachers and students went on strike and held street demonstrations about what they said was continued discrimination against Anglophones. 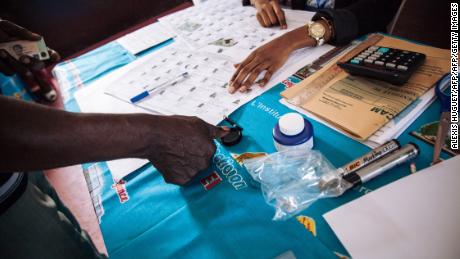 The strikes and boycotts led to a severe crackdown by police and soldiers, say groups like Amnesty International and Human Rights Watch. These groups and local activists say that scores of villages have been burned and civilians killed by the government actions.In a statement on Tuesday, Human Rights Watch said the kidnapping "may only be the tip of the iceberg." The group called on international actors to "unanimously condemn violence against civilians" and to "ensure that this horrific event doesn't become a justification for further abuses by any of the parties to this crisis."The government maintains it is just trying to maintain law and order. In this spiral of violence, armed separatists have formed and killed scores of military and police in the ensuing fighting — often using hit-and-run tactics.Some observers say the President is out of touch with the situation on the ground. The President spends a large amount of his time out of the country.Biya has condemned "acts of violence," regardless of their sources.

UN gets tougher on human traffickers in Libya

UK rejects Trumps I did this claim on Huawei ban

Facebook to be fined £500,000 in Cambridge Analytica data scandal