Dogs can sniff out malaria parasites on your clothes

The animals were trained to identify whether someone was infected with malaria simply by sniffing their socks, according to the research, published Monday.Dogs have been trained to use smell to diagnose some forms of cancer and diabetes, and now, UK scientists have helped train two dogs to detect malaria parasites, aided by the British organization Medical Detection Dogs."People carrying malaria parasite already have a signature scent, and we know if dogs can smell drugs, food and other substances, they should be able to detect this smell on clothing, too," said Steve Lindsay, a public health entomologist at in the Department of Biosciences at Durham University and lead investigator on the study.Lindsay's team trialed their idea in Gambia, where they collected socks given to 600 schoolchildren ages 5 to 13 who did or did not have malaria. The socks were used to train the dogs in the UK over four months."We took the socks that had captured the scent of the children overnight and flew them to the UK, where the dogs were trained to smell and differentiate samples that were infected or not," Lindsay said.Of the samples, 175 were used to train the dogs: 30 from children infected with malaria and 145 from uninfected children. 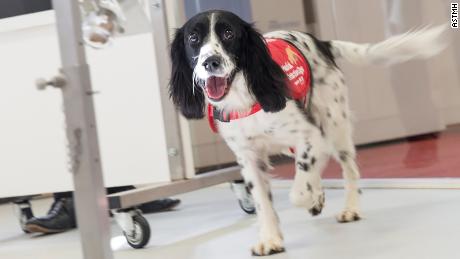 By smelling the socks alone, the dogs — Lexi, a Labrador-golden retriever, and Sally, a Lab — were able to accurately detect 70% of infected children and 90% of uninfected children.The study shows that dogs can be deployed as tools for malaria detection, as they have in the diagnosis of some forms of cancer, according to the researchers.Dogs have millions of sensors in their noses that make them more sensitive to odors than humans are.But more research is needed after this pilot study, and the authors warn that the method is still in the early trial stages. They would need to test the technique on samples from other countries before the animals can be used in the field, they said. 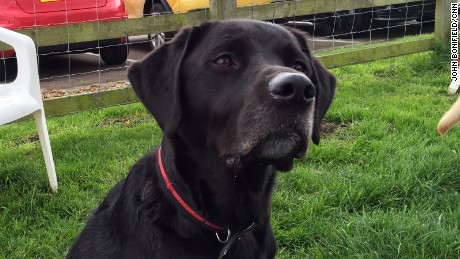 Further studies also need to be done, especially in African countries, to see whether dogs can "directly" sniff out malaria in infected people, the team said. Detection rates could have been higher — up to 78% — if the children with malaria had the same type of malaria parasites, they added.There were an estimated 216 million cases of malaria globally in 2016, including 445,000 deaths, according to the World Health Organization. The disease can be treated, but there is no preventive vaccine.The researchers believe their findings could be useful in detecting malaria in people showing no signs of fever, a common symptom, therefore preventing its spread, particularly in countries that have eliminated the disease. Identification would also help people get treated early with antimalarial drugs."It is useful in countries like South Africa, close to elimination, or Sri Lanka, that has eliminated malaria. How do you locate that one person in a million people carrying the parasite in a country that has recorded no infection without doing invasive tests?" Lindsay said.The method may not be effective in endemic countries such as Nigeria, where malaria is actively transmitted, Lindsay said."The dogs are good in countries where they are going to zero infections or where they where they are malaria-free, and you have to prevent people from bringing malaria into the country … through the airport or the ports."Claire Guest, CEO of Medical Detection Dogs, said she is excited by the results. It is first time the charity has trained dogs to detect a parasite infection, though its dogs have helped in canine cancer and diabetes detection. A dog named Freya has been trained to detect malaria since the initial study.She said the results offer the potential that dogs serve as cost-effective tools in the diagnosis of tropical diseases, especially in areas where they are lacking."I believe that this study indicates that dogs have an excellent ability to detect malaria and if presented within an individual infected with the parasite or a piece of recently worn clothing, their accuracy levels will be extremely high. This is a reliable, non-invasive test and is extremely exciting for the future," Guest said.