She wept as she embraced her 8-year-old daughter Thursday afternoon at Boston's Logan Airport, more than 2,500 miles from the Arizona detention center where Gonzalez-Garcia said an immigration agent wished her a "Happy Mother's Day" before the girl was taken from her without explanation."Forgive me for leaving you all alone," Gonzalez-Garcia cried. "Forgive me, my daughter. Forgive me."The long-awaited reunion came on the same day Health and Human Services Secretary Alex Azar raised the number of minors in the agency's care who were possibly children from separated families. He said there may be just under 3,000 children, with about 100 children under the age of 5."You know that I love you, right?" said Gonzalez-Garcia, on her knees, sobbing and holding the girl. "You know that I missed you. You arethe gift that God gave me. I'll never leave you alone again. Never. Forgive me my darling for leaving you alone. Forgive me. I didn't want to." The embrace lasted minutes, with Gonzalez-Garcia and her daughter both on their knees — the way she said the two knelt in prayer every morning since their separation. Later, the girl played with a talking doll that was given to her. "I was very nervous," Gonzalez-Garcia told CNN in an exclusive interview. "I was waiting for the moment she walked through that door. … She is all I have. She is my whole life. It's been so long." Gonzalez-Garcia, 31, ran her fingers through the girl's hair. Lawyers and supporters stood around them. Some dabbed tears."There was a time I thought I would never see her again," she said. "But I got on my knees every day and prayed. She says she also prayed every day that we would be together again. … The wait was like an eternity. I'm the happiest woman in the world right now."The reunion was made possible by lawyers from two firms and the ACLU of Massachusetts. Rep. Katherine Clark, D-Massachusetts, helped speed up the reunification process. "The frustrating thing for everyone involved in this … is there are no answers," Clark told CNN. "There's never been a plan to get these families back together. … There is no policy. It is a matter of chance, and we are so full of joy to see this reunion, but there are thousand of families out there. Some who don't know where their children are. And these are the actions of the US government."Gonzalez-Garcia was fortunate in some ways. Only a trickle of children have been reunited with their parents."My baby came back to me," she cried Thursday, holding her daughter tightly. "I knew that we wouldn't be alone. Lord, how can I repay you for this beautiful gift?"The long journey to the airport reunion has taken Gonzalez-Garcia from her native Guatemala, which she and her daughter fled in late April to seek asylum in the US because of severe abuse and domestic violence at home, according to lawsuit the mother filed against the federal government last week. "When I felt I could no longer live safely in my country, I left," she said in an affidavit. Mother and child endured the sometimes perilous route from southern Mexico to the US border, where in early May they were taken into custody in Arizona, according to the lawsuit. Gonzalez-Garcia and her daughter were held in a room with 30 to 40 other women and children, the lawsuit said. Days later, immigration officers took her daughter away, telling her she would "never see" the girl again. 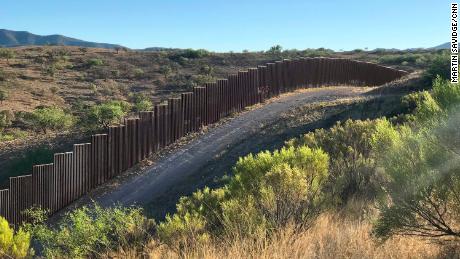 The day before the separation, an immigration officer asked Gonzalez-Garcia a question, according to the affidavit. "In Guatemala, do they celebrate Mother's Day?" "When I answered yes, he said: 'Then Happy Mother's Day' because the next Sunday was Mother's Day," Gonzalez-Garcia recalled. "I lowered my head so that my daughter would not see the tears forming in my eyes." Gonzalez-Garcia was eventually transferred to a detention center in Colorado, the lawsuit said. She was released on bond June 19 after filing an asylum application. She is now staying with friends in Massachusetts. Her supporters launched an online fundraising campaign to help support the mother and child until Gonzalez-Garcia can obtain a work permit. When she was finally able to reach her daughter by phone, Gonzalez-Garcia learned the girl feared for her safety after having been bruised and injured by another child at a shelter in Texas, according to the lawsuit. Her daughter turned 8 while at the shelter. The fate of thousands of children separated from their families at the southern border under the Trump administration's widely condemned zero tolerance policy remains unclear. 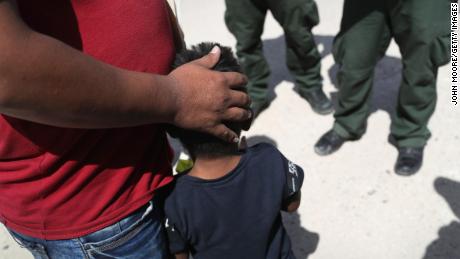 Azar, the Health and Human Services secretary, told reporters Thursday that under 3,000 children separated from their parents are in government custody — a figure far higher than the one his department released nine days ago.HHS had previously reported having 2,047 children separated from parents in its care.Azar said "a review and comprehensive audit of multiple data sets" by HHS and the Department of Homeland Security "has identified under 3,000 children in total, including approximately 100 children under the age of 5" in the care of Office of Refugee Resettlement-funded grantees. The HHS secretary said that number refers to children "who may have been separated from their purported parents who were taken into DHS custody for having crossed illegally or for other reasons like concerns for the safety of the child."The Trump administration is grappling with a series of court-imposed deadlines after a judge ordered the US government to halt most family separations at the border and the reunification of separated families.

Analysis: How Trump’s border crisis could get worse

This is your song: Trump ‘sends Rocket Man’ to Kim

This is your song: Trump 'sends Rocket Man' to Kim