The Sables- Zimbabwe rugby side and their managers had traveled to the North African country ahead of their World Cup Qualifier match on Saturday.However, when they arrived at the hotel, they found the accommodation provided unacceptable and decided to sleep on the street in protest. Zimbabwe's former Minister of Sport, David Coltart, posted photos of the players sleeping outside the hotel with their suitcases by their side. The photos sparked widespread outrage on social media among Zimbabweans who condemned the treatment of the team. Coltart said the players had spent six hours at the airport battling visa issues before they were taken to the hotel, which they rejected. The team was delayed by airport officials when they could not pay a visa fee of $23 each, one of the team's captains told local radio station CapitalK FM. 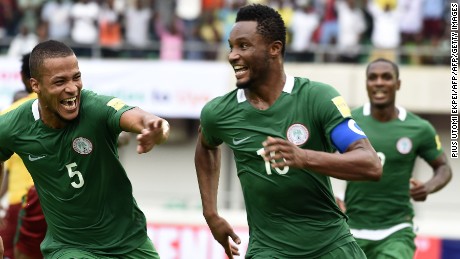 Zimbabwe's sports ministry, however, said the tournament organizers gave assurances that visas would be issued to the team on their arrival. The government will continue to monitor the welfare of the players in the tournament. Tournament organizers said they were working to address the difficulties faced by the team.Khaled Babbou from Rugby Africa, said the unfortunate incident was not intended to "destabilize" their opponent, adding that alternative accommodation had been provided on the outskirts of the city, which the players have accepted. "I apologize on behalf of the Tunisian Rugby Federation, we are proud to host Rugby Africa tournaments every year, and we strive to meet the best international standards in terms of accommodation and other infrastructure," Babbou said in a statement. The Sables will play against Tunisia in the latest round of Africa Rugby's Gold Cup competition on Saturday. The winner will qualify for the 2019 Rugby World Cup in Japan.