Kareem Waris Olamilekan drew a portrait of President Macron during his visit to Fela Kuti's New Africa Shrine in Lagos Tuesday. Macron is currently on a two-day visit to Nigeria and attended a cultural showcase at the venue to announce the launch of the Season of African Cultural Season, scheduled to hold in France in 2020. While waiting for the President to arrive, Olamilekan got to work and created a portrait of Macron, which was presented to him by the event's host, Nigerian singer, Banky W. 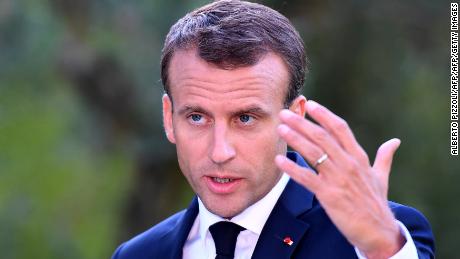 A visibly moved Macron touched heads with Olamilekan and later took to Twitter to appreciate his work. He posted a short video of the moment, with the caption, "Very touched. Congrats to this young boy."Olamilekan is one of the youngest members of a growing community of artists in Lagos creating hyper-realistic charcoal and pencil paintings. 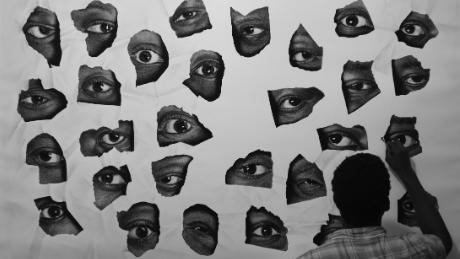 Hyperrealism is a genre of art that produces hand-drawn images resembling high-resolution photos.Other young Nigerian creatives, like Arinze Stanley and Oscar Ukonu, are using their art to mirror real life. It's an aesthetic growing in popularity, amongst both the local art community and an avid global audience. During the event organized by TRACE media, President Macron was treated to a display from top contemporary Nigerian visual artists Ndidi Emefiele, Abraham Onoriode Oghobase and Victor Ehikhamenor, curated by ArtX Lagos fair founder, Tokini Peterside.

Alex de Minaur and Nick Kyrgios march into third round

Who is Carlos Takam, the man who has stepped in to fight Anthony Joshua in Cardiff?