Is Border Patrol work dangerous? Not compared to being a cop

Vice President Mike Pence, in a March 1 speech to Homeland Security staff, called it shocking and unacceptable that "attacks on our Border Patrol agents had increased by 73 percent" last fiscal year. And members of Congress — mostly but not only in the GOP — have echoed the notion that Border Patrol agents face extraordinary and rising dangers from drug smugglers and gang members. "Unfortunately, such assaults are becoming more commonplace," said Rep. Martha McSally, R-Arizona, at a Congressional hearing in January. Agents, too, have spoken out. "We perform an extremely dangerous job and from the best of my recollection, Border Patrol Agents are assaulted more than other agents or officers within the law enforcement profession," said Brandon Judd, president of the National Border Patrol Council, a council within the Border Patrol's union, in a statement last year about the group's support for President Trump. In fact, the data tells a different story. Border Patrol agents lead far safer work lives on average than most other law enforcement officers. The border crossers an agent apprehends — an average of two people per month in fiscal year 2016 — are less likely to be violent than those drawing the attention of local police. And there is no clear evidence that the border is growing more dangerous for agents. Assaults against the approximately 19,500 agents of the Border Patrol have been dropping, not rising. After surging sharply in fiscal year 2017, according to Customs and Border Protection figures, assaults against agents have fallen 32% through the end of March compared to last year. That 2017 surge itself turns out to be mostly a product of CBP changing its method of counting assaults to one that inflates its numbers, as The Intercept reported last week. In one incident last year in South Texas, for example, six people allegedly threw rocks, sticks and bottles at seven Border Patrol agents. By the standards of the FBI and other federal law enforcement agencies, which makes yearly reports on law enforcement officers killed and assaulted nationwide, the incident would be recorded as seven assaults. CBP, under its new methodology, multiplied the six attackers times the three types of projectiles times seven agents. The total for that incident: 126 assaults — or more than a third of the spike in 2017. In a statement, CBP told CNN it changed how it accounts for assaults beginning in fiscal year 2015 for Customs officers and in February 2016 for Border Patrol agents. CBP said that it reports incidents and assaults "honestly and in the most transparent fashion possible." About its decision to describe the South Texas incident as 126 assaults, CBP wrote that it "feels that all of those numbers have value to show the frequency of assault incidents, the volume of agents assaulted and the intensity or violence of an assault incident."On April 25, testifying before the House Committee on Homeland Security, CBP Commissioner Kevin McAleenan insisted to lawmakers that "we did see a spike in, increase last year in the assaults. I think that's a testament to the intensity of those incidents." Even by its own unusual accounting, Border Patrol agents typically face only around a quarter as many assaults on average as local police officers or sheriff's deputies. In fiscal 2016, the most recent year available, the nearly 600,000 law-enforcement officers whose agencies reported assaults and deaths to the FBI suffered one assault per 10 officers, compared to one assault for every 44 Border Patrol agents. Even during the ostensible spike last year, border agents reported being assaulted at less than half the rate of other law enforcement officers in 2016.Local police are killed by assailants at a far greater rate, too. Last November, politicians calling for tighter border security quickly seized on the mysterious death of Border Patrol Agent Rogelio Martinez — found with another badly injured agent near a culvert off of Interstate 10 in west Texas. Even as investigators had only begun looking into the incident, Texas Gov. Greg Abbott and Sen. Ted Cruz called it an "attack," the Border Patrol union termed it "an ambush," and Trump said Martinez had been "brutally beaten."But, as CNN reported, after an extensive investigation the FBI concluded that there was no evidence that other people had been present or that any crime had been committed. One theory cited by investigators was that the two agents fell into the culvert in the dark.Exactly one agent has been "feloniously killed" in the line of duty since the beginning of 2015: Isaac Morales, stabbed to death in an off-duty fight outside a bar in May 2017 after he reportedly identified himself as a Border Patrol agent (making it a "line-of-duty" death). In that same period, the FBI reports, 179 law enforcement officers have been feloniously killed. That's an average of one in 10,227 law enforcement officers feloniously killed per year, for the last two years with complete data. In the same two-year period, ending in 2016, no Border Patrol agents were feloniously killed at all. Part of the reason that Border Patrol agent deaths and assaults are relatively low is that they have so few encounters with border crossers to begin with. Last year, apprehensions of border crossers fell to their lowest level since 1971. At the busiest stretch of the border, the Rio Grande Valley, the Border Patrol averaged 44 detentions per agent last year — less than one a week per person. 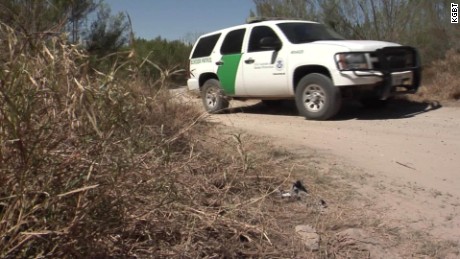 This is helped by the fact that the areas they're covering are often peaceful ones. A soon-to-be published study by the nonpartisan Washington think tank the Wilson Center found that, from 2011 to 2015, "on average, the rates of violent crime and homicide [in U.S. border counties] were lower than similar-sized counties not along the border," said Christopher Wilson, the Wilson Center's deputy director. None of this belies the fact that agents do face real and at times unique dangers. In 17 years as a Border Patrol agent, "I've been shot at, hit, kicked, punched, slapped and bitten," said Chris Cabrera, a union spokesman who patrols in the Rio Grande Valley sector. "It's way more complicated than just the numbers," said Art del Cueto, the Border Patrol union's vice president, and an agent in the Tucson sector. He said agents aren't required to report minor assaults. "There are agents assaulted who don't even talk about it."Del Cueto also said that figures for assaults against agents in the field may skew low because the Border Patrol is top-heavy with desk-bound supervisory agents. Rosemarie Pepperdine, a Tucson agent, testified at a recent border security hearing on Capitol Hill that "the average large-size police department has one supervisor for every 10 officers. The Border Patrol has one supervisor for every four agents."Because agents often patrol alone in remote areas, also, "you can be in a situation where help is 45 minutes or an hour away," said Daniel Benavides, who recently left the Border Patrol after five years as an agent in Arizona's Tucson sector. "If it goes bad for you, it's going to be a while before you get any backup." Some areas of the border are more dangerous — on the outskirts of south San Diego or Brownsville, Texas, for instance. "In some places, it is much more the high-risk kind of job that fits the mythology," said Robert Lee Maril, a professor of sociology at East Carolina University who embedded with the Border Patrol for two years. In the Rio Grande Valley sector in Texas, for example, CPB recorded one assault last year per every seven agents — though, again, those figures are higher than what the FBI is expected to report when it releases its annual study on killings and assaults of law enforcement officers. Still, overall, the risks are relatively low. "If you look at the 2,000-mile border, you have a lot of spaces where not much is going on," Maril said. In those places, "mostly what they do is sit around in their trucks and drink coffee and wait for something to happen." In the Del Rio sector of south central Texas, the least troublesome area, there was an average of just one assault per 116 agents last year. In one recent case, an agent's claim of being assaulted fell apart in court. On November 2, 2017 a federal court in Tucson dismissed felony assault charges against a Roman Catholic priest and his sister, both US citizens, over an incident at a Border Patrol checkpoint in southern Arizona in December 2016. Border Patrol Agent Edmundo Lopez claimed that, after complaining of harassment by the agents, Father Abran Tadeo hit the gas, making his RV lurch forward and strike Lopez on the shoulder with the mirror, and putting him "in fear for my life thinking the driver's intent was to run me over." After the seven members of the family were ordered out of the RV, Lopez claimed, Tadeo's sister Andrea attacked another agent.But video recordings by both the Tadeo family and a Border Patrol checkpoint camera contradicted Lopez's account, as the Tucson Star reported. They showed that Abran Tadeo hadn't accelerated, the mirror hadn't hit Lopez, Andrea Tadeo hadn't attacked the other agent, and agents hadn't acted as though they were being assaulted. After reviewing the tapes, federal prosecutors opted not to oppose dismissing the charges."They folded based on what we filed," Barbara Catrillo, Tadeo's attorney, told CNN. 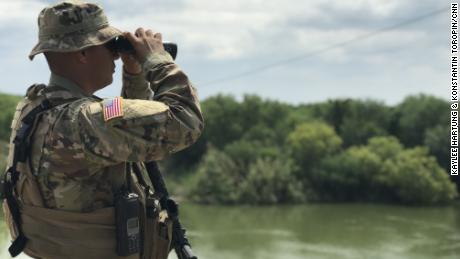 Del Cueto said he worries that the National Guard deployments now underway will funnel smuggling of drugs and people to more lightly covered spots along the border, potentially increasing the risks to agents in certain places. He cited the Tohono O'odham Reservation, in Arizona, which has opted not to allow the National Guard on its lands, as one such area.Data aside, Cabrera, the union spokesman, said that he, for one, believes it is getting more dangerous at the border."The jobs are very hard to compare," Cabrera said of assault statistics for Border Patrol agents and other law enforcement officers. "The majority of people I encounter are very passive. It isn't uncommon for a single agent to arrest 13 or 14 people by themselves." On the other hand, he noted, "when we do have resistance, you're vastly outnumbered."For an individual agent, that can certainly be true. But Josiah Heyman, a professor of anthropology at the University of Texas at El Paso who has studied the Border Patrol and its culture, believes the growing concern about the dangers of Border Patrol work may have more to do with political utility than reality."In a period when migration is going down, stirring up more fear can justify more agents," he said. "One of the ways to promote this thinking is by talking about how dangerous the border is … and overstating the threat."Correction: A previous version of this story misspelled Josiah Heyman's name.