The nationwide protests Sunday follow a second arrest linked to the alleged rape of a teenager by a ruling party politician in the state of Uttar Pradesh.That case, along with the rape and murder of an eight-year-old Muslim girl in the north of the country, has put pressure on Prime Minister Narendra Modi's ruling Bharatiya Janata Party (BJP), who opponents accuse of defending the men implicated in both cases.The entanglement of party politics and sexual violence has tapped an unusually sensitive nerve, revealing something of the deep divisions that continue to haunt modern India.Public outrage now threatens to engulf Modi, who will seek reelection next year, as the demonstrations transform into a conduit for growing anger regarding the country's treatment of women and minority groups. After several days in which he failed to publicly address the issue, Modi finally broke his silence during a speech in Delhi on Friday, promising justice for "our daughters." Leader of the main opposition Congress Party, Rahul Gandhi, who has been vocal in his support for the protests, responded to Modi on social media. "You said 'our daughters will get justice.' India wants to know: When?" asked Gandhi. Gandhi led a silent vigil on Thursday in the capital. Similar scenes and rallies have also taken place in major cities including Mumbai, Puducherry, Goa, Bengaluru, and Kolkata among others. 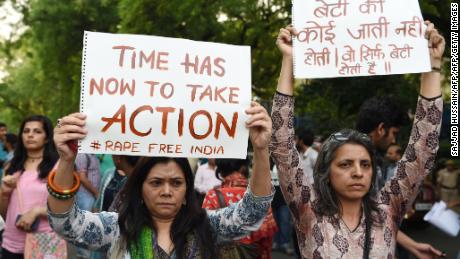 The case of the gang rape and murder of an eight-year-old girl in Jammu and Kashmir state was originally reported in January. But it wasn't until last week, when a group of lawyers and activists attempted to forcibly block investigators from filing charges against the men accused, that the case began to gain nationwide attention. Police say the young girl, who belonged to a Muslim nomadic community known as the Bakarwals, was abducted while grazing horses in a meadow in the isolated Himalayan district of Kathua on January 12. 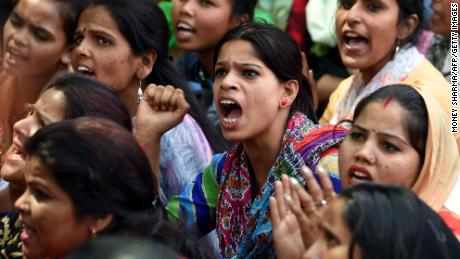 From there, it is alleged she was taken to a Hindu temple, where she was drugged and held captive for five days.During that period, police say she was raped repeatedly by several different men, before being murdered and dumped in a nearby forest. Police have arrested eight men in connection with the death of the girl, all of whom are Hindu. The accused were present in court for a brief hearing Monday. Seven of the eight pleaded not guilty to accusations of involvement in the abduction, rape and murder of the girl. The next hearing will be held on April 28.The eighth, who is a juvenile, will go through a separate hearing on a different date. The protests that have organized in support of the accused have been led by a right-wing Hindu nationalist group called the Hindu Unity Council, which has links to Modi's BJP. The group insist the police investigators are prejudiced, owing to their Muslim faith, and that the men arrested are innocent. The actions of the group have led to a counter campaign on social media demanding justice for the young victim, calling attention to an alleged culture of male entitlement and religious nationalism that critics say helps to facilitate sexual violence. The social media campaign, which has drawn widespread support from a number of high-profile Indian celebrities, continues to gather momentum. On Friday, two BJP ministers in the Jammu and Kashmir state government who participated in the protests outside the courthouse were forced to resign from office, amid accusations of political interference and religious discrimination. 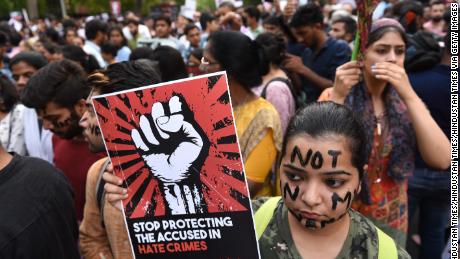 The suggestion that the BJP is complicit in attempting to protect the accused has not been helped by the resurfacing of a second case, this time involving a member of the party.Last week police brought a case against Kuldeep Singh Sengar, a member of the Uttar Pradesh state legislative assembly, for the alleged rape of a 16-year-old girl in June 2017.Sengar allegedly raped the minor on June 4, 2017, court records reveal. A week later on June 11, the minor was abducted and repeatedly raped by others who it is alleged were known to Sengar.The politician denies the allegations. Prior to his arrest he told CNN affiliate CNN News 18: "I have done nothing wrong. I will be proved innocent after the investigation. The rape allegations are false and baseless."According to court records, the teenage girl was found by police on June 20 and taken to a local police station. During the journey, it is alleged that the police attempted to intimidate the girl, telling her that Sengar would kill her family members if she implicated him in the case.In April 2018, her father was allegedly assaulted by the lawmaker's brother and other aides. He died of his injuries on April 9. The day before her father's death, the victim, now 17, attempted to set herself on fire in front of the residence of Uttar Pradesh Chief Minister. 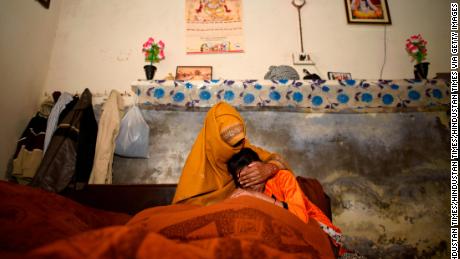 On Friday, the Allahabad High Court in Uttar Pradesh issued a statement deriding state authorities' handling of the case."The disturbing feature of the case is that the law and order machinery and the government officials were directly in league and under the influence of Kuldeep Singh Sengar," the statement said.Sengar is currently in the custody of the Central Bureau of Investigation (CBI), which is handling the case. He was arrested for investigation on Friday by the CBI following the court order. A female aide to Sengar was arrested on Saturday. The High Court has ordered that a report on the status of the investigation must be provided to the court by May 2.

The reaction to the recent cases have been compared to the outcry over the 2012 gang rape of 23-year-old physiotherapy student Jyoti Singh, who later died from injuries sustained in the attack.The case shocked India, resulting in an intense period of media coverage and large nationwide protests. Singh is commonly referred to as Nirbhaya, meaning "fearless" in Hindi. 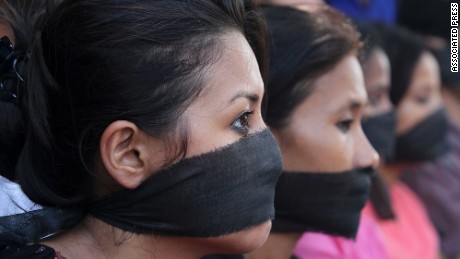 In the months following her death, the central government passed numerous legislative reforms, commonly known as the Nirbhaya Act, to increase penalties for sexual violence, including extending the length of prison sentences and introducing the death penalty.Yet despite the introduction of stricter laws, the latest data from India's National Crime Record Bureau recorded a 12% rise in the number of rape related cases — up from 34,651 cases in 2015 to 38,947 in 2016. On average, that's more than 100 reported cases of rape every day. Another child rape and murder, this time in Surat in Modi's home state of Gujarat, was made public over the weekend.The body of a young girl, who was believed to be around 11-years-old, was found abandoned on a street in a residential area on April 6. The official post-mortem report revealed that she had sustained injuries that were consistent with rape, torture, and strangulation.Commentators point out that despite the high-profile nature of the recent spate of cases, getting justice in India's court system is far from certain. Courts and police both face a massive backlog of cases. According to court records, the number of sexual assault-related cases awaiting a trial date in 2016 totaled 15,450, with the courts resolving just 1,395, or less than 10% that year.

The Campbell Soup Company Is Distancing Itself From Exec. That Blamed Soros For Caravan