I smell the garlicky green paste we call sofrito that serves as the base for many of Puerto Rico's typical dishes. And my uncles are poking fun at each other. I am home. I'm in Corozal, Puerto Rico. I spent my summers here. I was married here.My family has lived here since the 1800s. This is all familiar to me. But it's a normal life that was missing for so long after Hurricane Maria hit six months ago today. And really, it's still not even close to the old life on this island. "Leyla, I have plantains now. Want me to make you some arañitas?" my Aunt Hilda asks me, offering a dish of shredded and fried plantains. I would never pass up an offer for Aunt Hilda's food. She makes the best arañitas, although I would never admit it to my other aunts.But this isn't a big deal because Hilda is cooking. It's because we actually have plantains.The large banana is a staple in our diet. We mash it. We fry it. We sauté it. We eat it with just about every typical meal.And while Puerto Rico imported most of its food even before the storm hit on September 20, plantains were a local staple grown on the island. 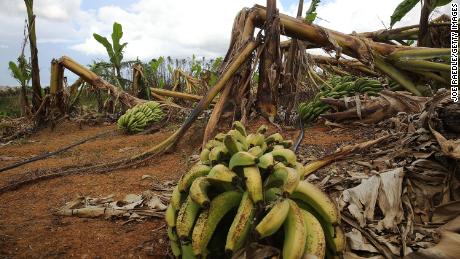 The hurricane wiped out most of the plantain farms on the island. Supplies are being shipped in until there can be a harvest again, hurting our pride as well as our stomachs.Corozal is known for its plantains. In fact, our volleyball team's mascots are los plataneros, the plantain farmers. As Hilda gets ready to shred the plantain, she calls for me to get video on my phone. With her typical sweet smile, she points out she can use her food processor to cook again. They now have power. The electricity returned "about a month ago," my Tio Jesus, a retired US Postal Service worker, tells me.Jesus, whose eyes close every time he smiles, jokes he is the famous one these days, the one CNN anchor Jake Tapper talked about on TV when his show replayed video of the two of us hugging the first time I reunited with my family, nine days after Hurricane Maria. "There is no word to express that feeling," he tells me in his best English as I film our conversation. "I said, 'Oh God, you sent something that really really we love — my niece.'""Did you know why I was so upset, why I was crying?" I ask. I explain I had flown over the island, seen the destruction in a way many hadn't. I had seen the people of Puerto Rico suffering, without being able to reach my own family. I couldn't control my tears because I was overwhelmed and relieved to hear them say they were OK. 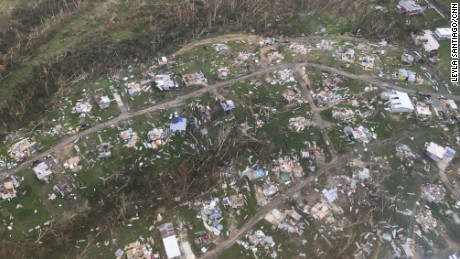 I didn't realize it, but nine days after Maria, much of my family in Corozal still had not grasped how bad the situation was on the island. They had no power. No TV. No cell service. Limited access on roads. No way of knowing how devastated Maria had left the island.How a month of hurricane nightmares changed Puerto Rico, and meToday, they are counting their blessings. My family is in the minority in Corozal. The mayor's office tells me 45% of the municipality has power. 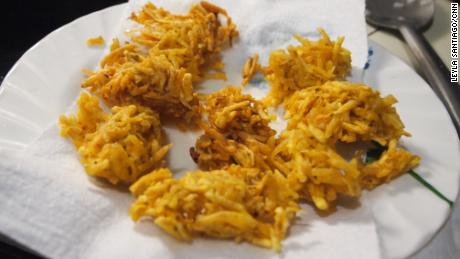 With an arañita in hand, my uncle Eddie tells me he made sure the power workers from the US mainland had water and coffee. "I want to make sure they leave this island and tell everyone how well they were treated by our people. That way, if someone ever speaks badly about Puerto Rico, they can say, 'no, that's not true, they're good people,'" he said in Spanish. 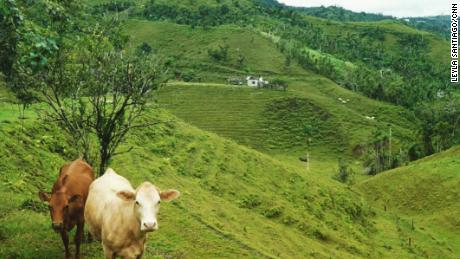 Down the street, I find a team of four from Tampa Electric working to restore power. TECO has 25 employees here under a mutual aid agreement. They managed to turn the lights on for this section of Corozal, but had to pinpoint why one house in particular still couldn't get the lights on. They believe it was an issue with the home's breaker. The supervisor, Ron Wright, who likes to say, "never been wrong" after giving his last name, calls this latest mission the best experience of his 39-year career. Wright has been working on Puerto Rico's power grid since January. He is quick to say the people are resilient, but hesitates when I ask when power will be fully restored on the island."The biggest challenge is materials, getting materials in, and the work areas, getting some of the roads cleared, the debris cleared, so that we're able to get trucks in here," Wright says. $200 million in supplies heading to Puerto RicoThere are now 1,260 contractors working on Puerto Rico's power grid, under the US Army Corps of Engineers. Most are already making exit plans. The Tampa Electric crew in Corozal tells me they will leave on Thursday. 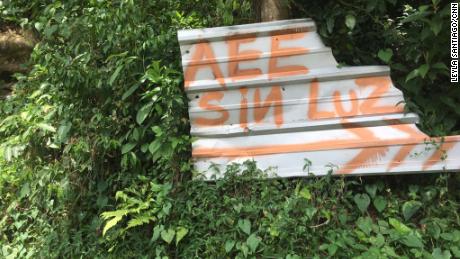 While things are improving for many families in Corozal — now with power and plantains — not everyone can say the same. According to Puerto Rico's Power Authority, 103,000 people still don't have electricity.Lourdes Santiago (no relation), 56, is one of them. She lives about 25 minutes from my family, and her 37-year-old son is bedridden because of complications from diabetes.Six months after the storm, people are still dyingDuring Maria, Lourdes took him to the hospital. They stayed there for two months. 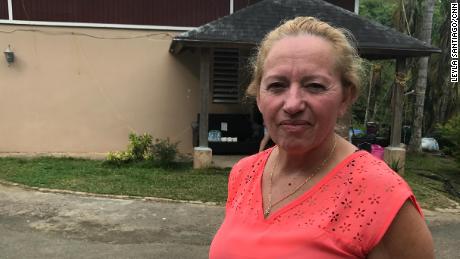 She returned to a home without a roof. A local church donated a tarp that is meant for 30-day use. It's still on her roof. These days, when it rains, water finds its way into the home, forcing her to have buckets inside."At first it was an uphill battle, but things are improving," she says.She shows me a generator the non-profit organization Samaritan's Purse gave her. It is efficient for gas, she tells me. And finally, finally, she got running water in her home just last Friday. 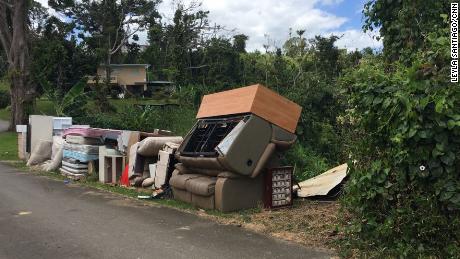 The mayor's office tells me FEMA is still sending aid. They still receive food and water, but the amount varies from week to week.Impact Your World: How to help Puerto Rico"Today, there are a lot of people here that don't have nothing, and they are forgotten. They don't have no place to go. They don't have no job," my uncle Jesus says. "We are a little better. But (the recovery will be) long term."

How to survive climate change: A lesson from Hurricane Maria