Latest Austin blast may have been triggered by tripwire, police say

For the fourth time this month, a device exploded on residents in the Texas capital. What makes this blast especially terrifying is that it was left on the side of a residential road and may have been triggered by a tripwire, Austin Police Chief Brian Manley said. The three previous bombs were stuffed inside packages and left on residents' doorsteps. And unlike the victims of the previous blasts, the two men injured in Sunday's explosion are white, Austin police said. Both men are expected to recover. "The use of a tripwire is far less discriminating than leaving parcel bombs at residences and suggests that the latest victims were not specifically targeted," said Stratfor Threat Lens, a global think tank. "The device's success, despite significantly different design, further suggests that the bombmaker behind these attacks is an accomplished one, and has likely to have received some training, perhaps as a military or police explosive ordnance disposal technician."This latest attack has even impacted area schoolchildren. The Austin public school district says it can't send buses to the affected neighborhood Monday because of police activity. "Any tardies or absences due to this situation will be excused," the district said. Now, investigators are trying to determine if the person responsible is linked to the trio of bombings this month that killed two people and wounded two others. "The entire community is anxious this morning," Austin Mayor Steve Adler said Monday. Austin bombings: Live updates

The circumstances of Sunday's blast were different from previous explosions, the police chief said. 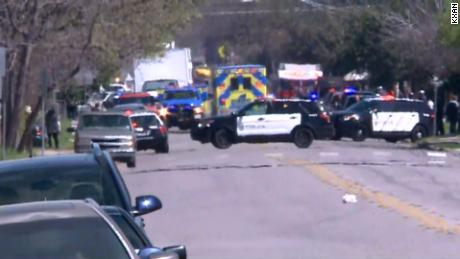 "We're not believing that this was similar to previous ones, as in packages left on doorsteps. But instead, this was some type of suspicious package that was left on the side of the road, that detonated and injured these two men," Manley said.The men had been biking or walking their bicycles in southwest Austin when the explosion happened."What we do understand now, is that the possibility exists this device was triggered in a different mechanism — that being a tripwire," he said. The latest explosion comes less than a week after police said three previous package explosions — in a span of 10 days — were connected. Those explosions killed a man and a teenager, and injured two others.The victims in those three explosions were African-American or Hispanic. Police have not yet discovered a motive, but have not ruled out the possibility those bombings could be hate crimes. Police are working under the belief that the explosions are related. Manley said they'll get a better idea with a post-blast analysis and examination of the device components. In the meantime, Manley told residents not to touch or go near anything that looks suspicious. "We now need the community to have an extra level of vigilance and pay attention to any suspicious device — whether it be a package or a bag, a backpack — anything that looks out of place," Manley said Monday. "Do not approach items like that.

'It's a family neighborhood'

Stan Malachowski, who lives about half a mile away from the blast Sunday, said he heard a loud explosion. "It was loud enough to hear inside of our house with our windows and door shut. Again, airplanes go by and cars backfire so we didn't think much of it," he told CNN affiliate KXAN. "This is a quiet neighborhood. It's a family neighborhood. It's concerning." Police warned residents in the immediate area to stay inside their homes until at least 10 a.m. Monday. All three entrances to the neighborhood have been blocked off.Regents School of Austin, a nearby private school, will open two hours late Monday for "a complete security sweep," it said in a statement. Many in Austin have been on edge since the bombings, as some residents of color say they feel under threat.But unlike the first three bombings, which happened in east Austin, the latest attack happened in a predominately white part of town. 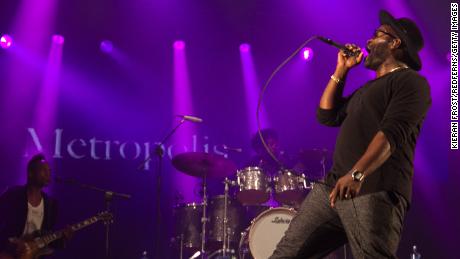 The reward for information leading to the arrest of whoever's responsible for the three explosions increased to a total of $115,000, authorities said earlier Sunday. "We believe that the recent explosive incidents that have occurred in the city of Austin were meant to send a message," Manley said in a news conference."We hope this person or persons is watching and will reach out to us before anyone else is injured or anyone else is killed out of this event," he added.Officials have urged residents to call police with any tips they may have, even if the information seems to be "inconsequential."South by Southwest, the huge film, interactive and music festival, wrapped up Sunday, but a bomb threat was made against it Saturday that resulted in the cancellation of a concert featuring The Roots.

These Austin residents fear that the explosions may be racially motivated

Commentary: Thailand hasn’t lost its lustre with travellers. There are many undiscovered sights

Horse Racing Tips: Lightweight Egan can keep rivals at Bay in the opener