Why Trump should not ignore Xi’s power grab

Trump's press secretary, Sarah Sanders, told reporters on Monday that the decision is one "for China to make about what's best for their country," but by clearing the way for his own indefinite rule, Xi has presented Trump with a challenge unique to any president since Richard Nixon in the 1970s. Xi's push to abolish term limits means he will likely remain the most influential leader of the emerging superpower for life and have more time to dedicate to his quest to rejuvenate China's influence at the expense of the US. 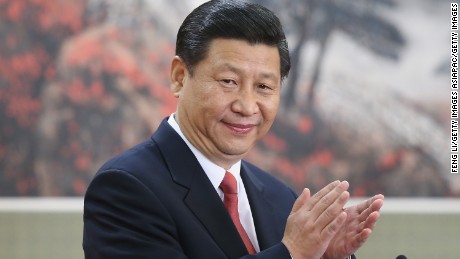 Trump now has the dubious honor of being the President in office alongside the most powerful Chinese leader of the modern age, at a time when China has never been more politically and economically assertive.Such a scenario does not just pose challenges for Trump as he tries to manage the crucial relationship with Xi, from a position of relative political weakness given his rival's strength and his own troubles and unpopularity at home.It also raises questions about America's long-term approach to China, and the possibility that an emboldened Xi will view himself as having even more leeway to aggressively assert territorial claims in the South China Sea and Chinese political and economic influence in Asia and beyond."Xi's recent move is yet another example of his political dominance in Beijing and a demonstration of his willingness to act boldly and decisively, regardless of convention or tradition," according to Abraham Denmark, a former deputy assistant secretary of defense for East Asia and director of the Woodrow Wilson International Center for Scholars."This move will give Xi more flexibility to vigorously pursue his domestic political and economic agendas as well as his foreign policy ambitions," Denmark said. Beijing, thanks to the rigidity of its Communist system, always plays a longer diplomatic game than the US, where China policy is subject to four-yearly disturbances caused by presidential elections.But Xi's enhanced status will give him even more of the luxury of time that his US opposite number lacks. In the event of a serious disagreement with Trump on trade or North Korea, for instance, Xi could simply wait him out in the knowledge that he will face another president sooner or later.Xi's elevated status also further emphasizes the power imbalance between his relative strength and Trump's own more compromised political position — a situation that analysts say sometimes worries China as it fears unpredictability in the US relationship but that senior officials in Beijing also often see as a sign of a political system trapped in an inevitable cycle of decline.A new CNN/SSRS poll on Sunday showed Trump's approval rating has dropped back to 35% — by far the worst measure of any new president since polling records began."China is going to have stability in its leadership — we may or may not," said Christopher Johnson, a former CIA analyst who is now at the Center for Strategic and International Studies."More importantly, we have a president in China who whatever else you might say is fundamentally convinced in his inner being that the US is out to destroy China's system."Trump often gripes that he has inherited a rising China, arguing that letting the Communist giant into the World Trade Organization allowed it to build wealth at America's expense.The current situation has been the product, however, of a bipartisan foreign policy designed to ease China's rise into the international system while avoiding conflict with the US.But the speed of Xi's stunning capture and consolidation of power and emergence as a strongman comfortable with domestic repression has surprised many observers and prompted questions about the US approach. 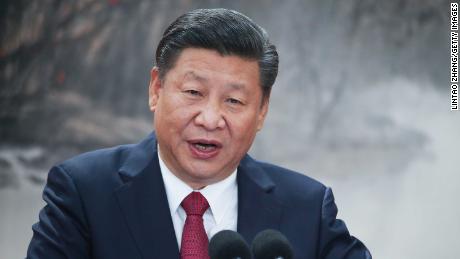 Bill Bishop, who writes the Sinocism newsletter about Chinese politics, said Xi's power grab was the culmination of a process set in motion at last year's Communist Party National Congress, which enshrined "Xi Jinping thought" in the Constitution, meaning he would be unchallengeable by other politicians while he was alive."It's just the final nail that says this guy is different. Not only is he giving China a much more assertive global vision and footprint but also he is making clear that he is upending the rules that we have gotten used to over the last several decades of Chinese politics," said Bishop.That new model of leadership is likely to lead to a more assertive and muscular China, as evidenced by its aggressive territorial claims in the South China Sea and its Belt and Road infrastructure, trade and development initiative, which will stretch from East Asia through Central Asia into parts of Africa and Europe."You can make the argument that Western countries are facing the most serious challenger to the global order and to US primacy since at least the Cold War — since the Soviet Union," said Bishop.While the White House and State Department have opted not to criticize the move to drop presidential term limits, Xi's growing power and China's rising challenge to US interests have not escaped notice on Capitol Hill."Instead of evolving toward liberty and rule of law, Beijing is backsliding," according to Republican Rep. Ed Royce of California, chairman of the House Foreign Affairs Committee.

What is Trump going to do about it?

In reality, Trump's policy on China may be playing into Beijing's hands.Trump yanked the US out of the Trans-Pacific Partnership in January 2017, leaving the door open for Beijing to push its own brand of trade in a region that is home to many of the world's fastest-growing economies.He also lavished praise on Xi in October, saying he doesn't fault China for taking advantage of differences between the way the two countries do business."I don't blame China," Trump said during remarks to business leaders inside the Great Hall of the People. "After all, who can blame a country for being able to take advantage of another country for benefit of their citizens? I give China great credit." 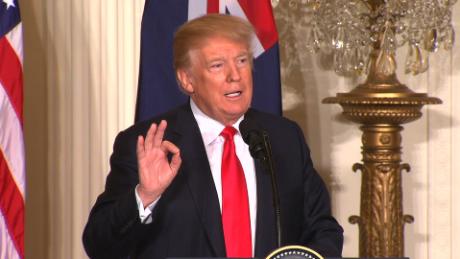 Trump also praised China on Monday for doing "more, probably, than they've ever done" in pressuring North Korea, but he said Russia has undercut those efforts to isolate North Korea by "sending in what China is taking out."But despite lavishing praise on Xi for his efforts to help curb the development of North Korea's nuclear program, Trump has repeatedly indicated that the US needs significant assistance from China for sanctions against the rogue regime to have the desired effect. A large portion of North Korean trading activity, licit and illicit, flows through China, and much of it needs formal access to banking services. But there is little evidence to suggest that China has lived up to its promise to help choke off funding to Pyongyang. "International sanctions on North Korea have tightened dramatically in the past 18 months and Chinese banks are attempting to signal to their global counter-parties that they are compliant with all regulations," according to Varun Vira, chief operating officer at C4ADS, which tracks illicit funding to North Korea. "The impact is still to be seen," Vira told CNN. "Chinese banks have claimed to be closing North Korean accounts for years now, and besides, most significant account-holders at these institutions who are attempting to evade sanctions are unlikely to be overtly North Korean passport holders. They are far more likely to be Chinese nationals and companies facilitating, or acting on behalf of, North Korea."

Is Trump being played?

Trump said last week that this administration has "developed a great relationship with China, other than the fact that they've been killing us on trade for the last long period of time — killing us, absolutely killing the United States on trade,"" and he has often touted his strong personal relationship with Xi. But Trump's comments suggesting US-China relations are stronger than ever are "ludicrous," Denmark told CNN. "Our relations have been far stronger than they are now, and there are several issues that could disrupt relations in addition to trade, such as North Korea, Taiwan, the East China Sea and the South China Sea," he said. 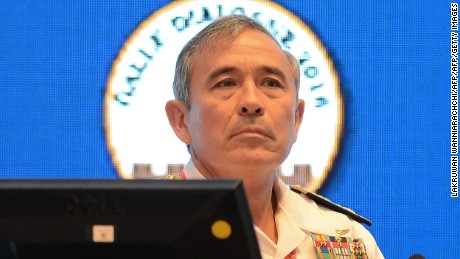 But despite Xi's most recent effort to consolidate power within his own government, Denmark said the US still maintains leverage in its relationship with China. "The US is China's most important foreign relationship, and Beijing would prefer to avoid significant turbulence with Washington," Denmark told CNN. "That said, China's leaders recognize that turbulence may be coming, especially if President Trump decides to take action in the economic space to demonstrate resolve or build leverage. While Xi would prefer to strike a deal with Trump, China is ready and willing to respond to any negative action that the Trump administration may take," he added. While there is some danger that Beijing may look to take advantage of Trump's perceived ties with Xi, Denmark noted that both the Pentagon and the State Department appear wary of China's intentions. "The Trump administration's national security strategy and national defense strategy both discussed great power competition with China as a leading challenge for the United States, and I don't expect that Trump is going to get snookered," he said. "If anything, he may feel the need to push hard on trade issues — despite China's ability to retaliate in kind."

‘JJP doesn’t indulge in politics of intimidation’: Dushyant Chautala hits back at Sena

Incidents are latest in a series of brutal crimes in India

From a box to a coffin: The long and deadly road home for Vietnamese migrants