Trump and Africa: a missed opportunity?

The 54 countries and its people are about as varied as it gets. It's a bit like lumping New York and Nuuk under one label.Still, pundits and presidents, apparently, like to generalize. And US President Donald Trump capped his first year by denting his administration's aims in Africa. When Trump reportedly referred to African countries as "shithole," which he later denied, it was a trope familiar to citizens of this continent. The kind of sweeping and sometimes racist generalization of the continent and its people that is not uncommon in the US, Europe and Asia.It's not the sentiment that's surprising — it's that it reportedly came from the President of the United States. And it broke the seal of silence from African governments.African diplomats to the United Nations called it "outrageous, racist and xenophobic." The former president of Ghana — a key ally of the US — tweeted that Trump was trying to "Make America White Again."

But does the shithole saga have any real impact on the US relationship with countries in Africa?Yes and no.Many are skeptical that it will have any lasting impact, particularly since African governments, like many others, are going to engage in realpolitik with America.Generally, they are more concerned with results.When Trump met with African leaders in September, he engaged in some characteristic "straight talk.""Africa has tremendous business potential, I have so many friends going to your countries trying to get rich," he said.Trump shocked some and raised uncomfortable questions about colonial-style exploitation.But it was probably exactly what many business leaders from Lagos to Johannesburg wanted to hear. And very different from what they were used to.

Barack Obama's African connections — his father was born in Kogelo, Kenya — was a source of pride for many.But the Obama administration very carefully tied investment and cooperation in Africa to good governance and transparency — as is the norm for US administrations.In the meantime, China has swept into the continent with far fewer strings attached. In 2015, Xi Jinping pledged to invest a further $60 billion in Africa.African leaders with an eye for deals welcomed the arrival of a business tycoon president in Trump: They saw dollar signs.Africa has some of the fastest-growing economies in the world and many are primed for stronger business and trade connections with the US.But the administration's attitude toward Africa is more notable for its gaps, than its accomplishments.The State Department still doesn't have a permanent assistant secretary of state for African affairs. And there is still no ambassador to South Africa — a key political appointee in the continent's most advanced economy.

Of course, deals with governments in Africa frequently don't benefit the people. But Trump's policies could hurt ordinary citizens across the continent. The White House's initial call to cut foreign aid by 30% and expand the so-called Mexico City Policy — which bars funding for NGOs that are linked to abortion services — will have an outsized effect across Africa.When CNN visited Malawi last year, we found doctors terrified that illegal abortions will dramatically increase for the most vulnerable women.Ultimately, Congress decides on foreign aid budgets, but the White House didn't win any friends on the continent for this.Three of the eight countries in Trump's expanded travel ban are in Africa.One former Obama aid official called Trump policies on Africa "unbelievably cruel."

The most active role the US has played in Africa hasn't been trade or aid. It's been military.Given a freer rein by the commander in chief, the Pentagon has markedly increased strikes on terror-related targets in Somalia.In West Africa, fewer strikes have happened, but there are more boots on the ground. 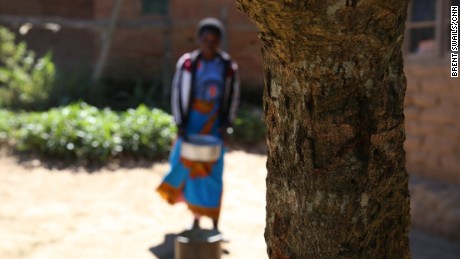 US Africa Command (AFRICOM) military presence in the Sahel is expanding and it's where they have opened a new drone base, despite a disastrous patrol in Niger that made global headlines.The US military presence is seen by AFRICOM as a key bulwark — stopping the expansion of ISIS and al Qaeda-linked groups from destabilizing regional governments and threatening the US homeland.The US needs cooperation from African countries in the fight against terror; African countries need US firepower and expertise.The bottom line: US allies in Africa are key to American trade and defense interests.

All politics is local

Much like their leaders, Africans in some key countries seemed to first have a wait-and-see approach to the Trump presidency.Based on opinion polls, the view was more favorable, or at least, less negative, than in other regions in mid-2017.But the lack of attention the administration has paid to Africa, the policies it has pursued, and the comments attributed to the President have all taken a toll.In many countries in Africa, leaders aren't known for being tapped into the needs of the people.But now the people are tapped in.A couple of years ago, there were already more than 200 million smart phone users in Africa. The number is demonstrably higher now.And African leaders and the African Union seem to be taking their cue from their citizens' views of Trump.For the moment, Trump is a political liability for some key African politicians.And it isn't making the State Department or Pentagon's job across Africa any easier.