Players being sent to ‘abattoir’ in Aussie Open heat

by The Editor
in Sports
0

Follow @cnnsportAfter Gael Monfils suspected he sustained a heat stroke in Thursday's blazing conditions, Alize Cornet crumpled to the court Friday as temperatures peaked at 40.2 degrees Celsius in Melbourne. A visibly distressed Cornet stayed down for a few moments in her third-round match against Elise Mertens on Hisense Arena before gingerly walking to her chair and receiving medical attention.The world No. 42 — who famously upset Serena Williams at Wimbledon four years ago — was able to continue but lost to the Belgian 7-5 6-4. Afterward Cornet said the players were being sent to the "abattoir" by being asked to play in such weather. She echoed Novak Djokovic's sentiments, too, that the tournament's extreme heat rule needed a revamp. READ: 'Brutal' conditions in MelbourneREAD: Venus exits Home hope Nick Kyrgios, Grigor Dimitrov, Caroline Wozniacki and Elina Svitolina progressed to the last 16 but Jelena Ostapenko was upset, while Andreas Seppi and Kyle Edmund — opponents in the next round — defied the heat to win five setters. "They sent us a little bit to the abattoir," Cornet told French media. "I get the impression that they are waiting for a drama to change the rule, a drama that can happen anytime in these conditions. "Maybe there can be a coalition of players and we say we are boycotting, that we're not going (to play)."We are not robots."

The organizers didn't use the roof on any of the three courts where it was available, going against the suggestion of Rafael Nadal — who crushed 28th seed Damir Dzumhur 6-1 6-3 6-1 and has yet to surrender a set — two days ago. They defended their stance in a statement issued following Cornet's ample criticism. Tournament referee Wayne McKewen said the heat rule was close to being implemented Friday but that the temperature subsequently dropped. "Protecting our players and the fairness of the competition is paramount in these conditions, which we acknowledge can be challenging," tournament director Craig Tiley said in the statement, adding that all policies are reexamined on a regular basis. 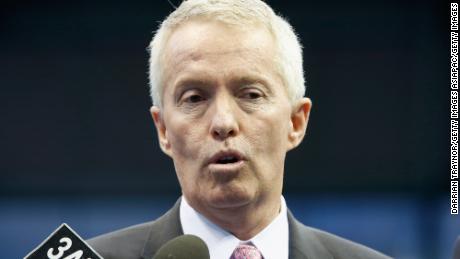 "I've said before that many of the players train hard for these conditions and expect to be able to play," said Tiley."Their preparation is admirable, and although many have found the past couple of days challenging, they've worked hard to compete at this level."The conditions of play are established prior to the event, and this includes the Extreme Heat Policy. We start the event with this set of rules and policies in place, and in the interest of fairness, can't change them halfway through."Of course we all understand that to compete in these conditions is not easy. It's also challenging for our team, particularly those working out on court, including the ball kids and officials."We do everything we can to help ease everyone's discomfort in these conditions."The tournament appeared to have a backer in likely tennis' most popular player, Roger Federer, who largely stayed out of the heat by playing in Thursday's night session but has found himself in sweltering Melbourne conditions in the past. 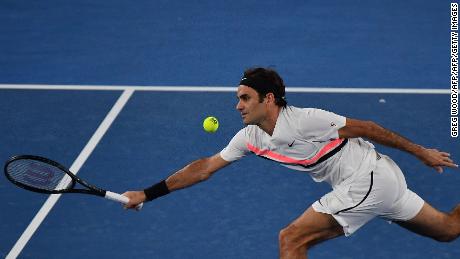 "We know it can be very hot here in Australia," said the 19-time grand slam winner. "I remember the days when we had four days of 40 degrees in a row a few years back. Now we got two. Most of the guys now have to play in 30-plus degrees conditions."It's definitely a challenge. It's hard to prepare for that in some ways. But you know when you come down here that can happen."Sure, I'm happy I played at nighttime. But … I would back myself playing during the daytime also. Used to go to Dubai when it was 45. Thirty eight seems almost okay."The problem is at that temperature, sometimes your body just reacts funny just because it does. It is hard to get out of it, that feeling of not feeling well. Sure, I was watching the other players suffer. As long as nothing bad happens, it's all good."Thankfully for players, fans and organizers, the temperature fell to 24 degrees at 8 p.m. local time Friday and the forecast the rest of the event looks manageable. However, a spike is expected next Friday, Saturday and Sunday but on those days only one singles match is scheduled and all are at night.

Kyrgios wins in front of Will Smith

Kyrgios moved ever closer to facing Nadal in the semifinals by downing 2008 finalist Jo-Wilfried Tsonga 7-6 (7-5) 4-6 7-6 (8-6) 7-6 (7-5) in front of actor Will Smith during the night session at Rod Laver Arena. Kyrgios usually prefers the smaller Hisense Arena, which can be more boisterous. The hugely talented, controversial Aussie has been composed through three rounds, getting over temporary blips in his game and not letting distractions bother him. He was clutch against one of his idols, Tsonga, saving a set point in the third-set tiebreak and coming back from 2-5 in the fourth-set tiebreak. Tsonga, not Kyrgios, became irate early in the fourth set after someone in the stands yelled at him in the previous tiebreak while he faced at a set point. He duly earned a code violation. "Between the first serve and the second, the guy was talking to me and telling me, 'You are under pressure now, you are under pressure now,' when I was bouncing my balls," Tsonga told reporters. "That's it. I lost it and I (went) a little bit crazy."The guy was feeling safe because he was, you know, upstairs. I just told him, 'Come now to see if you feel the pressure or not.' That's it."Asked on court afterward who he'd like to play him in a movie, Kyrgios opted for, bang on cue, Smith. Kyrgios may not be lacking in confidence against Dimitrov in the next round, given he beat him in Brisbane several weeks ago. Dimitrov played in the afternoon sun and got the better of Andrey Rublev 6-3 4-6 6-4 6-4, gaining some revenge after the young, big-hitting Russian won their encounter at the US Open. Shade on the main show court provided a little respite. Dimitrov was in control at a set and 4-2 but then had to overturn a 2-4 deficit in the third. 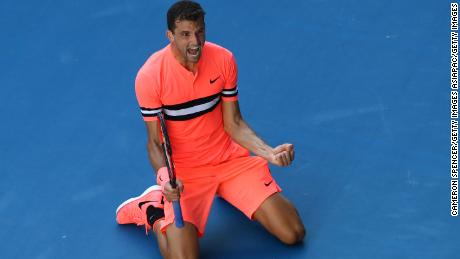 The Bulgarian entered Melbourne as the third seed after winning the year-end championships. But he is bidding to reach a first grand slam quarterfinal since making the semis and losing a marathon match to Nadal 12 months ago. He was nearly upset in the second round, stretched to 8-6 in the fifth set by US qualifier Mackenzie McDonald. READ: Dimitrov triumphs in LondonSvitolina ended the sojourn of fellow Ukrainian Marta Kostyuk, who at 15 was the youngest player to reach a grand slam third round in more than 20 years, 6-2 6-2. Svitolina — considered by some to be the favorite in the women's draw after winning in Brisbane — needed just 59 minutes to advance.

Asked what she took away from the experience, Kostyuk joked: "A lot. How much you have to pay Svitolina to have a one-hour lesson, so I got it for free."After saving two match points and rallying from 5-1 down in the third set against Jana Fett, second-seed Wozniacki had an easier time Friday, dispatching 30th-seed Kiki Bertens 6-4 6-3. But French Open winner Ostapenko was upset by Estonia's 32nd seed Anett Kontaveit 6-3 1-6 6-3. Edmund, 23, is the last British player remaining in singles after Andy Murray's injury withdrawal and Johanna Konta's upset loss Thursday. He outlasted Nikoloz Basilashvili 7-6 3-6 4-6 6-0 7-5, with the turning point perhaps coming when the world No. 49 broke the Georgian on his eighth chance in the second game of the fourth. Veteran Seppi has enjoyed his finest grand slam moments in Melbourne, claiming the scalp of Federer in 2015 and Kyrgios last season.Friday was certainly another high, as the world No. 76 defeated the huge-serving Ivo Karlovic 6-3 7-6 (7-4) 6-7 (3-7) 6-7 (5-7) 9-7 in nearly four hours.It was a brave effort, though, from Karlovic, who ousted Yuichi Sugita 12-10 in a fifth set Wednesday. Visit our tennis page for more Australian Open coverageSeppi and Edmund battle for a spot in a maiden grand slam quarterfinal.

UFC 238 fact sheet: Where to watch, what time and who is fighting?