Profile: Who is Prince Harry’s bride-to-be?

And the question had always been "when," not "if," Prince Harry and American actor Meghan Markle would announce their engagement. On Monday, the UK royal household confirmed the pair became engaged earlier this month and that the wedding will take place in spring 2018. Despite her very public career — as an actor, a feminist and a humanitarian — Markle has kept her personal side largely hidden. So who is she? Markle, 36, grew up in Los Angeles and graduated from Northwestern University with a degree in communications.Her breakthrough as an actor came in 2011 when she first appeared as ambitious paralegal Rachel Zane in the hit US television series "Suits," now in its seventh season.She has also acted in "CSI: Miami," "90210" and "General Hospital." Her film roles include Jamie in "Horrible Bosses" (2011) and Megan in "Remember Me" (2010).In an article for Elle UK in 2015, Markle wrote about the difficulty of forging a career as a biracial actor. (Her mother is African-American and her father is Caucasian.)"Being 'ethnically ambiguous,' as I was pegged in the industry, meant I could audition for virtually any role," she wrote."Sadly, it didn't matter: I wasn't black enough for the black roles and I wasn't white enough for the white ones, leaving me somewhere in the middle as the ethnic chameleon who couldn't book a job."She spoke highly of the producers of "Suits" who "weren't looking for someone mixed, nor someone white or black for that matter. They were simply looking for Rachel."

'Proud to be a feminist'

"I'm proud to be a woman and a feminist," said Markle in a speech at a United Nations conference on International Women's Day 2015.She had just been named the UN Women's Advocate for Political Participation and Leadership.Her commitment to gender equality began many years earlier, Markle explained. As an 11-year-old she had watched a soap commercial with the tagline "women all over America are fighting greasy pots and pans." She described how two boys in her class said loudly in response that women belonged in the kitchen and how the younger Markle, "shocked and angry," decided to take action. On the advice of her father, she wrote several letters, including one to the soap manufacturer and one to then-First Lady Hillary Clinton. In the end, she explained, the commercial was changed: The word "women" was removed and replaced with "people." 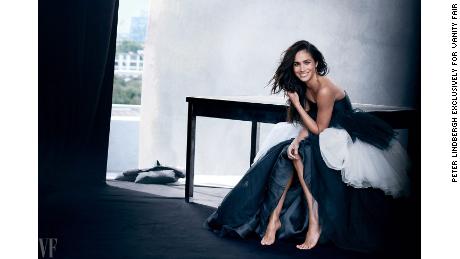 "It was at that moment that I realized the magnitude of my actions," she said.She went on to call for more female political participation and representation. "Women need a seat at the table," she said. And where that's not possible, "then they need to create their own table."Earlier this year she was one of more than 70 celebrities including Lady Gaga and Bono who signed an open letter urging world leaders to tackle poverty by addressing gender inequality.And in an article for Time published on International Women's Day, she drew attention to the stigma surrounding menstruation that threatens the education prospects of millions of girls in developing countries.

"With fame comes opportunity," Markle wrote in a column for Elle UK in November 2016, "but it also includes responsibility — to advocate and share, to focus less on glass slippers and more on pushing through glass ceilings." 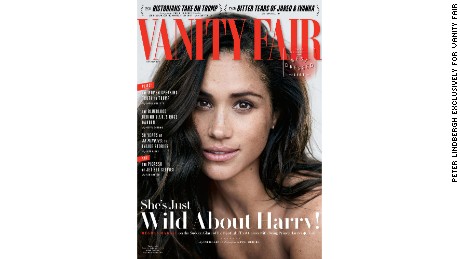 In 2016, she became a global ambassador for World Vision and traveled to Rwanda to see the impact of the charity's clean water initiatives. Later that year, she wrote about how childhood experiences had helped develop her "social consciousness.""My parents came from little so they made a choice to give a lot," she wrote. "Buying turkeys for homeless shelters at Thanksgiving, delivering meals to people in hospices, giving spare change to those asking for it. It's what I grew up seeing, so it's what I grew up being: a young adult with a social consciousness to do what I could and speak up when I knew something was wrong."Until earlier this year, Markle ran a lifestyle website, sharing her tips on food and fashion. But she posted pieces about self-empowerment too."I knew I needed to be saying something of value," she wrote last year, something about "subjects of higher value than selfies."

Markle was married to film producer Trevor Engelson for two years before they divorced in 2013. It was three years later — in July 2016 — that she first met Prince Harry, introduced by mutual friends.The two dated in secret before the Prince put an end to the speculation in November last year. In a rare public statement, he confirmed their relationship and warned the press against harassing his girlfriend. It was almost another year before Markle spoke openly about their relationship. "We're two people who are really happy and in love," she told Vanity Fair in September. 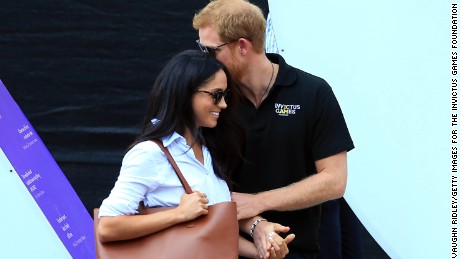 "I'm sure there will be a time when we will have to come forward and present ourselves and have stories to tell, but I hope what people will understand is that this is our time. This is for us."The last time a divorced American became engaged to a member of the British royal family, it triggered a crisis that ended with the abdication of King Edward VIII, her future husband.That was in 1936. Things have moved on in the past eight decades, but change does come slowly in the world of British royalty.After all, it's only two years since the law changed to give sons and daughters of British monarchs an equal right to the throne.

Why the Sinai peninsula is so dangerous

A response to Nick Cave- Silencing of whose voice?

A response to Nick Cave- Silencing of whose voice?

Kimberly Guilfoyle Announces She Is Speaking With Another Schneiderman Victim

Migrants die while detained in inhumane conditions in Yemen