What next as myth implodes?

Exhausted, emotional and flanked by his team of negotiators, he told reporters there was "no common vision" and no "common basis of trust" among the four parties."It's better not to govern than to govern badly," he concluded, shattering Germany's best hopes of building a coalition government after federal elections in September. A day of recriminations followed. The FDP consists of "irresponsible narcissists," tweeted one politician from Chancellor Angela Merkel's Christian Democrats, while the far-right Alternative for Germany (AfD) called on Merkel to resign. But beyond the hysteria and hyperbole looms Germany's biggest political challenge in decades. Here's what's happening in Germany, what could happen next and why it matters.

Should we be surprised by the breakdown of talks?

Building this coalition "was always a very difficult and complicated task," says Leopold Traugott, policy analyst at think tank Open Europe.Merkel's conservative CDU/CSU alliance, Lindner's liberals and the left-leaning Greens are not natural political partners.And it was a goal without a road map — Germany has never been led by a coalition of more than two parties."But most people assumed that the pressure would force the parties together," explains Traugott. Few people wanted to contemplate the likely alternatives — a minority government or new elections.

President Frank-Walter Steinmeier on Monday urged all of Germany's parties to keep working towards a coalition. He is meeting with leaders of the FDP and the Green Party Tuesday. 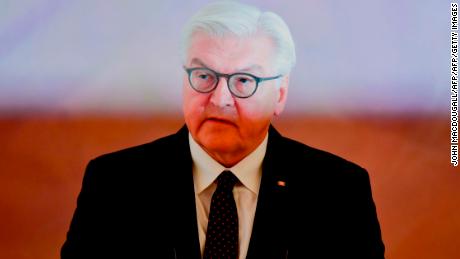 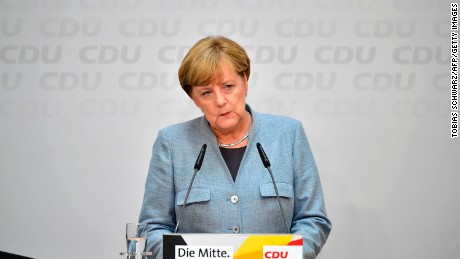 But Martin Schulz, leader of the SPD, has repeatedly ruled out a renewal of the so-called Grand Coalition.The final option — and the one preferred by both Merkel and Schulz — is new elections. For that to happen, President Steinmeier must suggest a parliamentary vote on Merkel as Chancellor. If she doesn't win a majority, he will call a second vote, then a third if she again fails to win the support of more than half of Germany's lawmakers.On the third vote, the candidate with the most votes wins. Steinmeier could then name the winner as Chancellor or choose to dissolve Parliament. In that case, elections must be held within 60 days. READ MORE: Merkel: New elections a 'better path' than minority government

What does this mean for Merkel?

"Frau Merkel has taken a hit," says Christoph Nguyen, political scientist at Free University Berlin. "She always seemed unflappable, but now that image is wavering."If there's a fresh vote, he believes that Merkel's position as Chancellor could be in doubt — a position that seemed unassailable before September's election. 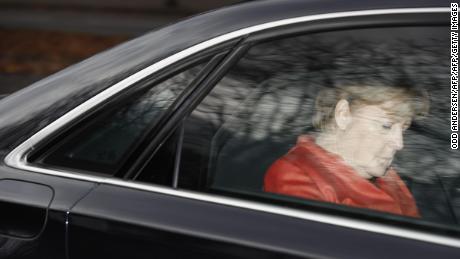 But Nguyen is skeptical whether anyone is ready and waiting in the wings of the CDU to take over.Charles Lees, professor of politics at the University of Bath in England, agrees: "There's no one to replace her."OPINION: Merkel's critics will miss her when she's goneHe believes Merkel will survive as leader for now, but leave office before the four-year term is up."She will want to go at a time of her choosing," he says. "She will want to go out on a high as the leader of Europe."

What does this mean for Germany?

Germany could "go on for a long time without forming a government," says Lees. There's a skeleton government still in place and 709 freshly elected lawmakers ready and willing to act. 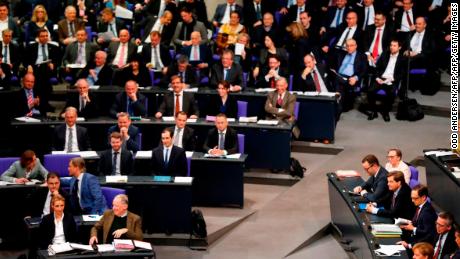 The German political system is built to absorb shocks like this, he explains. "It's incredibly stable."And he's convinced that a minority government wouldn't cause the instability that so many German politicians seem to fear. 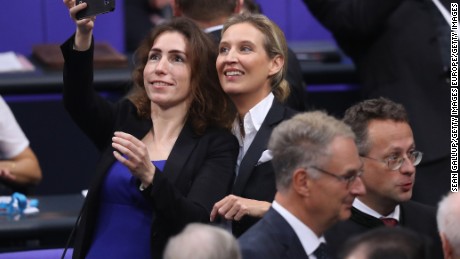 Traugott is less positive about the idea. "A minority government would make Germany more inactive, domestically and on the European level," he says. "There would be no strong government to say, 'this is the way it is.'"If there's a new vote early next year, the outcome is unpredictable. While Traugott thinks the AfD could be weakened by a boosted turnout on the left and in the center, Nguyen believes the far-right party "is the main party that will benefit.""It will all depend on electoral strategy," says Nguyen.

What does it mean for the rest of the world?

It's clear that Germany will be taking a back seat in European and global decision-making for now."In terms of EU (European Union) leadership, all eyes are going to be on France now," says Nguyen. "Regardless of what happens, there won't be any strong position from Germany for a while."The project for closer EU integration — championed by Merkel and French President Emmanuel Macron — looks "a lot weaker now," he says. "It all depends on how France will fill that leadership vacuum. It's difficult to steer alone."Traugott agrees that it will now be more difficult to push through any EU reforms. "But Germany is not the sole king of Europe," he says. "Many things will still be possible, although progress on key issues will be slowed."

Amit Shah for one faith, one language, one party in country: Asaduddin Owaisi